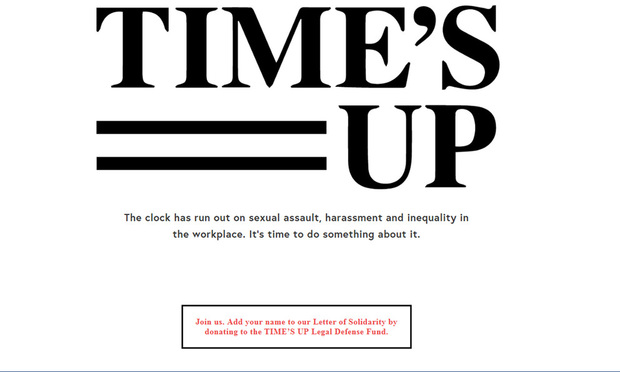 Legal Heavy Hitters Line Up Behind 'Time's Up' Launch 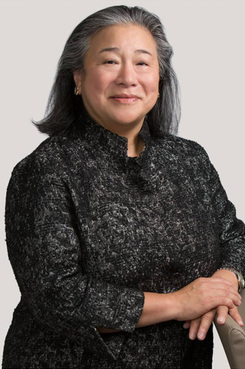 But after sexual abuse allegations against movie mogul Harvey Weinstein and other film industry leaders came to light, conferences and conversations were held to discuss ways to combat sexual harassment in the workplace. One of the missing pieces in those conversations was finding ways to provide women with limited means the opportunity to have quality legal representation, Tchen said.

“Either on the legal bullying side that you saw documented in some of the news reports that happens to victims after they come forward or for victims who know don’t know what their rights are and can’t assert them, clearly we needed an ability to get folks—especially low-income workers—a way to access legal resources,” Tchen said.

Kaplan, who now runs New York-based litigation boutique Kaplan & Co., became involved in the initiative as a result of her representation of Melanie Kohler, a Hawaiian woman sued in November by film producer Brett Ratner following her allegation on social media that Ratner had raped her following their meeting in a nightclub a dozen years ago.

As Kohler’s case continued, Kaplan said it became clear that more needed to be done. 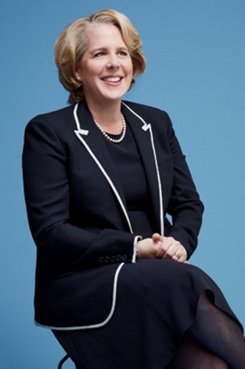 “We quickly realized that [Kohler] wasn’t the only one,” Kaplan said. “There were going to be a lot of women out there who were either sued for speaking out or otherwise threatened with legal action or may even have claims of their own. There really wasn’t any kind of adequate mechanism out there to make sure that they had legal counsel.”

As a result, one of the goals of the Time’s Up initiative is to encourage more women to come forward and to secure their access to legal representation through the defense fund. The National Women’s Law Center (NWLC) will use its Legal Network for Gender Equity, which the Washington, D.C.-based nonprofit launched in October, to pair potential clients with its network of attorneys on matters related to sexual harassment, discrimination and inequality in the workplace.

Building on its existing platform, NWLC will provide a potential claimant with the names of three lawyers who have agreed to take their case. They will then conduct a free consultation with their prospective client, and if needed, the legal defense fund will then subsidize the legal costs for that client. (Lawyers interested in joining the NWLC’s gender equity effort can do so here.)

While some of the finer details about cost-subsidization still need to be ironed out, NWLC legal director Sunu Chandy said this approach emboldens more women from a range of backgrounds to believe they can fight back but also encourages more lawyers to take part in the fight against sexual harassment.

“This is a powerful moment,” Chandy said. “And now is the time to really take that to the next level and take action to fight back through the legal system.”

In addition to the legal defense fund, the Time’s Up initiative will champion legislation that will penalize companies for tolerating persistent harassment and discourage the implementation of nondisclosure agreements that are oftentimes used to silence victims. Time’s Up, in collaboration with 50/50 by 2020, will also push for gender parity in leadership positions at major movie studios.

Kaplan sees this effort as just one step in the many miles left in trekking toward a more widespread environment for workplace equality and safety.

“I think the defense fund is just a smaller part of what’s really a much larger effort, and indeed arguably a global effort, on the part of women who frankly have put up with this stuff for a very long time,” Kaplan said. “[We have] to make it clear that [this] kind of behavior that fundamentally denies women’s equality in the workplace and elsewhere is no longer okay.”

Other lawyers working with Kaplan and Tchen in making Time’s Up a reality are Cohen Milstein Sellers & Toll of counsel Anita Hill in Washington, D.C., who was recently tapped to chair a newly formed commission looking at sexual harassment in Hollywood, and Nina Shaw, a high-profile entertainment lawyer and diversity advocate who works at Los Angeles-based Del, Shaw, Moonves, Tanaka, Finkelstein & Lezcano.