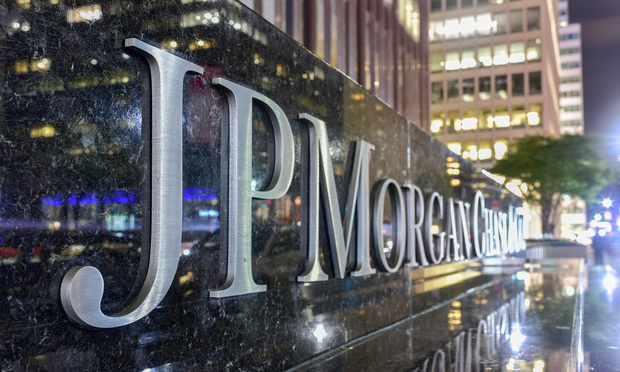 The bank wants at least 50 percent women or lawyers from other underrepresented demographic groups in leadership positions on its litigation matters, as well as among its chosen arbitrators.

After the New York State Bar issued a report last summer on women’s underrepresentation in courtrooms, its lead author, former U.S. District Judge Shira A. Scheindlin, followed up with an op-ed in The New York Times. Both her report and article posed a rhetorical challenge for law departments and law firms: If not now, when?

In December, the law department at JPMorgan Chase & Co. has invited mostly women lawyers from 15 of its regular outside firms to an event aimed at replying to that challenge with an exuberant “Now.”

The event is scheduled to be held at Sullivan & Cromwell’s Manhattan offices on Jan. 30. The gathering, where Scheindlin is scheduled to speak, will kick off what JPMorgan has tagged a “Leading With Diversity” initiative. Its ultimate goal: to have at least 50 percent women or lawyers from other underrepresented demographic groups in leadership positions on the bank’s litigation teams, as well as among its chosen arbitrators.

Jill Centella, a senior vice president and co-head of litigation for JPMorgan, spelled out some of the bank’s priorities as it heads into the new year. ”We expect our matters to be staffed with talented, diverse attorney and nonattorney teams,” Centella wrote. “When compiling a list of recommended mediators, experts, or other vendors, a diverse slate of candidates should be the norm, and you are encouraged to make this a standard within your firm.”

Centella also made it clear that the bank isn’t just pursuing diversity for diversity’s sake. “The business case for diverse teams is well established and we strongly believe that this measurably impacts legal outcomes given that our customers, the communities we serve and the finders of fact are also diverse. This is not just the right thing, but the prudent thing, to do,” she wrote.

While the bank aims to promote diversity of all kinds, this particular initiative emphasizes women’s underrepresentation, Centella said.

Centella was inspired partly by Scheindlin, who said she looked forward to attending the kickoff event. But Centella also cited a moment this past March, as a trial got underway in New York state Supreme Court Justice Saliann Scarpulla’s courtroom. Before the proceedings began in earnest, Scarpulla asked for any women who would be speaking in court for either side to stand up. 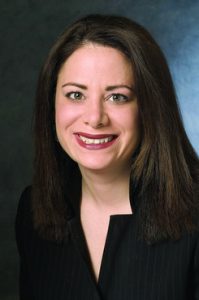 One lawyer representing JPMorgan Chase stood up; none for the bank’s opponents, Centella recalled.

It was “a roomful of white men,” she said.

In the New York State Bar report, issued in August, Scheindlin and the other authors based their conclusions on the observations of judges like Scarpulla who were asked to record the gender of all the litigators assuming speaking roles in their courtrooms. Their results showed that female attorneys comprise only about 25 percent of attorneys in lead counsel roles in courtrooms statewide.

“As a federal district court judge in New York, I often encountered this courtroom scene: A senior partner in a large law firm would be arguing a motion. I would ask a tough question. He (and it was usually a man) would turn to the young lawyer seated next to him (often a woman). After he conferred with her repeatedly, I would ask myself why she wasn’t doing the arguing, since she knew the case cold,” Scheindlin wrote in her Times op-ed. “In the 22 years I spent on the federal bench before stepping down last year, not much changed when it came to listening to lawyers. The talking was almost always done by white men.”

After the column ran in August, Centalla lunched with Sharon Nelles, a Sullivan & Cromwell partner and member of the firm’s executive committee, and Mary Hackett, a McGuireWoods partner.

“Have we really done enough to move the needle on this?” Centella remembers asking the established women lawyers. “We didn’t feel like we had,” Centella said.

The law firms invited to January’s gathering were each asked to send at least two women lawyers, or lawyers from otherwise frequently underrepresented groups, and to include one associate. After the event, Centella plans to hold monthly sessions with the same group. With the regular gatherings, she hopes to keep the focus on the 50 percent goal, and also get to know more women at each firm.

“We want to take a little risk working with new people. It will be highly contagious once we start doing it. After this year, when we are really hyper-focused on this, it will just become natural,” she predicted.

Sullivan & Cromwell’s Nelles, who has spent years battling financial crisis-related litigation and other matters for JPMorgan, said her firm was more than eager to partner with the bank on the initiative.

“We here at S&C have a long list of exceptionally talented diverse lawyers who are ready and eager to work with the J.P. Morgan legal team, show what they can do, run with major matters, take a first chair, and become trusted advisors on critical issues,” Nelles wrote in an email. “And that list is now in Jill Centella’s excellent hands!”