Seven of the eight justices participating in oral arguments in the case of American Electric Power v. Connecticut offered comments or questions that appeared critical of the scope or concept of a suit against major utilities that claims their output of greenhouse gases is a public nuisance under federal common law. 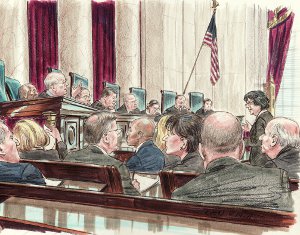 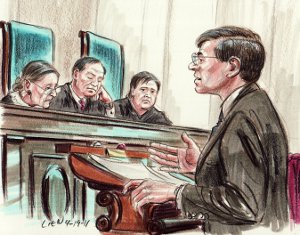