Chief Bankruptcy Judge Michael Kaplan on Wednesday granted a motion declaring that the automatic stay of 38,000 talcum powder lawsuits against Johnson & Johnson did not apply to a proposed class action.

A bankruptcy judge has allowed a new class action alleging Johnson & Johnson’s executives and lawyers lied about the presence of asbestos in its industrial talcum powder, which prompted thousands of plaintiffs to withdraw their exposure lawsuits decades ago.

Wednesday’s order from New Jersey Chief Bankruptcy Judge Michael Kaplan, who is overseeing the Chapter 11 case of Johnson & Johnson subsidiary LTL Management, allowed plaintiffs’ lawyers to file the case despite his previous order staying 38,000 individual lawsuits alleging that baby powder caused ovarian cancer and mesothelioma, a deadly lung cancer. The proposed class action, however, does not focus on consumer talcum powder or personal injury claims. Instead, the lawsuit would bring claims of fraud, fraudulent concealment and fraud on the courts on behalf of thousands of plaintiffs who filed lawsuits after being exposed to industrial talc through the Johnson & Johnson subsidiary Windsor Minerals, from the 1960s through the 1980s. 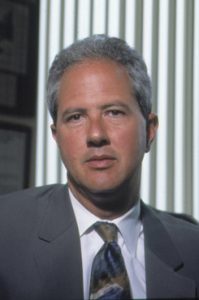