What Would Happen If Judge Ketanji Brown Jackson Recused Herself in SCOTUS Harvard Admissions Challenge?

In this week's episode, longtime Supreme Court reporter Marcia Coyle shared what she learned from Judge Ketanji Brown Jackson during the proceedings. 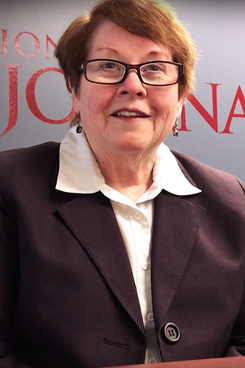 Last week, the legal community, and the nation, watched as the first Black woman U.S. Supreme Court nominee faced four days of confirmation hearings before the Senate. In this week’ s episode, Law.com reporter Marcia Coyle, who has been covering the high court for decades, shared what she learned from Judge Ketanji Brown Jackson during the proceedings. Coyle noted how Jackson’s public defender experience shaped the hearings and what might happen if the judge were to recuse herself in a Supreme Court challenge over Harvard’s admissions policies. Coyle also spotlighted some of the most memorable moments of the historic event, including an audible sigh from the judge.