Judge Cuts Length of SF Trial, the 'Most Complex Yet' Over Opioids

“You have a hard job ahead of you,” Senior U.S. District Judge Charles Breyer told lawyers at a pretrial hearing on Wednesday. Opening statements begin April 25.

One of the most complicated trials over the opioid crisis begins next month, pitting the city and county of San Francisco against five corporate defendants. But, on Wednesday, a federal judge significantly dialed back the lawyers’ requests for a lengthy trial.

Senior U.S. District Judge Charles Breyer, who will decide the case in San Francisco, told lawyers at a pretrial hearing that each side had 45 hours to make their case, more than 100 hours less than what the plaintiffs’ lawyers had been requesting. Plaintiffs’ attorney Richard Heimann asked Breyer to clarify whether the 45 hours was for just experts, or the entire trial. 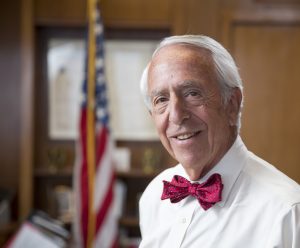