War in Ukraine: Tracking the Conflict’s Reverberations Across The Legal Industry

As important as it was already to the Ukrainian parties and counsel, the case has taken on even greater significance since Russia’s wholesale invasion of Ukraine.

On the day that Russian President Vladimir Putin announced his invasion of Ukraine, lawyers from Covington & Burling were in The Hague, fighting the Russian Federation to force payment of compensation for its 2014 seizure of Crimea-based assets of Ukraine’s state-owned oil and gas company, Naftogaz. 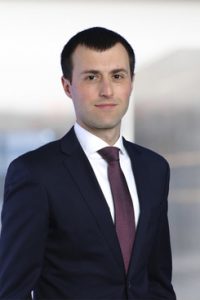 While he was giving his opening statement, lead counsel David Pinsky—a partner in Covington’s New York office—noticed his client was staring at his phone. When he concluded his statement, he asked him what had taken his attention.