Lawyers at Latham & Watkins say the integrity of and public confidence in the judiciary is at stake as they urge a federal appellate court to vacate a major ruling because of a judge's stock interests.

Attorneys seeking to decertify classes in a multidistrict litigation because of financial conflicts by the approving judge say the judge still has not told them the full extent of her stock interests.

A Nov. 30 letter from a Latham & Watkins lawyer representing StarKist Co. and Dongwon Industries Co. Ltd. asks the Southern District of California’s clerk of court for “additional information” regarding U.S. District Judge Janis Sammartino’s financial interests “to confirm that all relevant financial interests have been disclosed” and whether those interests affected the litigation.

It follows a Sept. 30 request that said while Sammartino told them in August of her ownership in two plaintiff companies, Target and Sysco, the lawyers learned from a Wall Street Journal article that she also owned stock in another plaintiff company, CVS Health. They asked for the names of all companies with stock owned by Sammartino and her family during the pendency of the MDL, including the number of shares held and the dates of any acquisitions or sales.

But the court never responded, and the new letter from Latham partner Belinda Lee says she “respectfully” repeats the request. It also says she’s since learned Sammartino or her family owned stock in additional plaintiffs while overseeing the MDL, including Walmart, Amazon and Kroger.

“As is the case with CVS Health Corp., which we mentioned in our September 30 letter, we have not received a notification of Judge Sammartino’s or her family member’s financial interests in these companies,” according to the letter.

Lee advised of a decertification motion her team lodged that day with the U.S. Ninth Circuit Court of Appeals “to alert that court to Judge Sammartino’s violations” of the law governing federal judge recusals.

The motion says it should be granted not just to ensure the certification wasn’t tainted by Sammartino’s violations, but “to protect public confidence in the integrity of the judicial process.”

The new decertification bid as well as and Lee’s related letters raise questions about the transparency of conflict notifications from jurists identified by the Wall Street Journal as having violated a 1974 law that prohibits federal judges from hearing cases in which they or family have a legal or equitable interest.

They also show how Lee took a less confrontational approach to Sammartino in the Sept. 30 letter, espousing the complexity of the proceedings and saying her team realizes “it can be difficult to stay abreast of all of the parties who have been involved in this MDL.”

“We understand the sensitive nature of such personal and financial information and would welcome a discussion about the type of information to be shared,” according to the letter.

The Nov. 30 letter was more blunt.

Lee’s team learned of the additional stock ownership through press coverage as well as the Free Law Project, which has added thousands of additional financial disclosure reports since its initial database unveiling in September in conjunction with the Wall Street Journal articles. At the same time, Congress is considering a bill that would require judges to report stock trades over $1,000 within 45 days, and would require the Administrative Office of the U.S. Courts to create the online database of federal judges’ financial disclosures. The U.S. House of Representatives passed the measure on a 422-4 vote Wednesday.

Sammartino has not responded to interview requests from Law.com, nor has John Morrill, the clerk of court to whom Lee addressed her letters.

Based in San Diego, Sammartino was a San Diego County Superior Court judge before President George W. Bush nominated her to the federal bench in 2007. The U.S. Judicial Panel on Multidistrict Litigation assigned her the tuna antitrust MDL in December 2015, and she granted four motions for class certification in July 2019.

A three-judge panel of the Ninth Circuit vacated Sammartino’s decertification order in April, but it’s now being considered by the court en banc. It was fully briefed and argued in September, but the Latham team took the unusual step of filing the new motion with a new legal theory after learning of Sammartino’s stock holdings.

The case transferred to Sammartino’s colleague U.S. District Judge Dana Sabraw on Aug. 31 after Sammartino recused herself. The order doesn’t explain the recusal, but it occurred the same day Sammartino’s clerk told the attorneys that the judge’s financial interests required recusal, which followed notification of the conflicts by Wall Street Journal reporters working on their investigation.

That notification isn’t part of the public case record, and the Latham team told the 9th in Tuesday’s decertification motion that it was incomplete: Only Target and Sysco were mentioned, though the judge and her family have financial stakes in other plaintiffs including Walmart, Amazon and Kroger.

“Defendants now file this motion to ensure that this Court is fully apprised of the substantial risk to the perception of judicial integrity that Judge Sammartino’s Section 455 violations pose to the decision under review,” according to the motion, referring to 28 U.S.C. § 455, the federal judicial recusal law.

Even if Sammartino didn’t know of her financial interests, “A member of the public could reasonably expect that Judge Sammartino, having signed and dated her annual financial disclosure reports, would have knowledge of her family members’ stock ownership in highly prominent plaintiffs in a case she presided over for years,” the motion continues. “And there is no doubt that such a member of the public could reasonably question her impartiality in these circumstances.”

The Latham attorneys have a ripe decision to back them up: Sammartino’s colleague, U.S. District Judge Cathy Bencivengo, vacated a summary judgment Bencivengo ordered in a lawsuit against the Metropolitan Life Insurance Co. because a member of Sammartino’s family owned stock in Met Life.

Met’s attorneys at Hinshaw & Culbertson opposed her recusal and said her summary judgment should stand, but Bencivengo determined it was warranted regardless of whether she knew of the stock ownership.

Bencivengo referenced the Wall Street Journal investigation, saying Sammartino’s violation “was not an isolated instance,” which the judge said “creates a particular risk of undermining public opinion in the judicial process if relief is not provided simply because Judge Sammartino was not actually aware of her disqualifying interest.”

The Ninth Circuit has already taken note of the new filing. On Wednesday, the en banc panel ordered the plaintiffs to respond to it by Dec. 10. 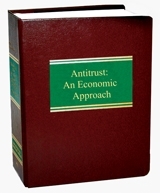