A majority opinion found the district judge "went too far" in extending Oklahoma’s public nuisance law to include the marketing of Johnson & Johnson's opioid products.

The decision is another big win for Johnson & Johnson, which scored a tentative decision last week in another public nuisance case over the opioid crisis in California. Unlike the California case, Johnson & Johnson and its subsidiary, Janssen Pharmaceuticals, were the only defendants in the Oklahoma bench trial that ended in 2019 with the judgment, which would have set up an abatement fund to address the state’s opioid crisis. 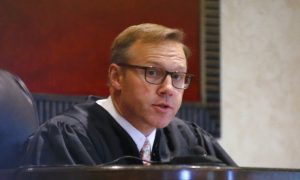 Skilled in the Art With Scott Graham: The Supreme Court Is About to Lose Its 'Driving Force' on IP Law + This Consumer-Facing Company Is Demanding Its Fair Share of Unvaccinated Jurors