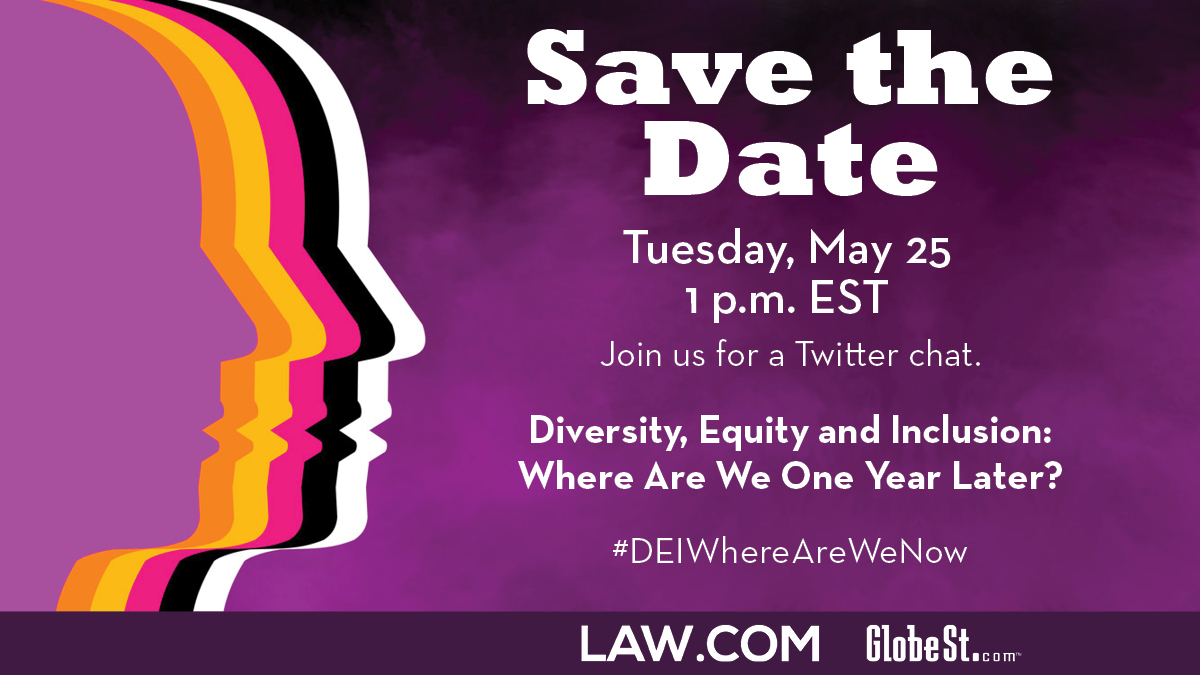 Join Us for a Twitter Chat on Diversity, Equity and Inclusion

A discussion about progress made—and progress still to be made—after a tumultuous year.

Although 2020 was the year COVID-19 ravaged and shut down the world, it will also be remembered as a time of overdue reckoning with racial justice in the United States, as Black Lives Matter protests swept the nation in the aftermath of the deaths of Ahmaud Arbery, Breonna Taylor, and particularly George Floyd. According to the Armed Conflict Location & Event Data Project, there were over 7,750 demonstrations linked to the BLM movement across the country between May 26 (the day after Floyd’s death) and August 22.

Silence about justice and diversity issues was no longer acceptable, only quantifiable actions to correct long-abiding wrongs. DEI conversations are certainly not new to the legal industry, but a renewed conversation has ignited on how that needle can actually be moved. So where are we now, a year later? We’ll be answering that question and many more during our co-hosted Twitter chat on May 25. Our sister site and real estate experts from GlobeSt.com will also be joining us. 'Shouldn't You Have an Accent?': Some Asians Face Racism Among Legal Professionals It’s Not Data, ‘It’s History’: How to Change the Mindset Toward AI in Modern Law