A look back at the year that felt like a decade.

Maybe because the past 12 months have felt more like a decade, it’s already become a popular bit of revisionist history to describe 2020 as a normal year that suddenly went off the rails when pandemic shutdowns took hold and a string of police killings set off widespread racial justice protests. But the truth is 2020 was never going to be ordinary: it started with presidential impeachment proceedings and was always destined to end with a historically contentious general election. Still, no one could have predicted the harrowing months in between. Through all of it, ALM photographers were there to document these profound events, telling the human stories on the ground as history was being made in real time. 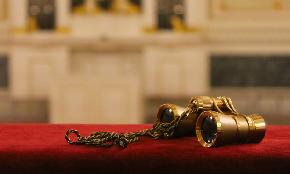 This Lawyer Can Check 'Opera Librettist' Off Her Bucket List

Lawyers rarely get to display their artistic talents. The closest most get to the creative process is drafting a contract for a performer or writer. 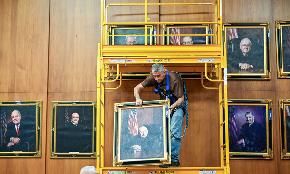 Workers remove 110 portraits of judges, some dating back to 1932, which were hanging in the Nassau County Courthouse in Mineola.