The comments came in an internal memo sent to staff Tuesday responding to a racist email forwarded by a neutral.

JAMS is creating a working group to address racism in the alternative dispute resolution organization after an arbitrator forwarded an article originally posted on a blog that promotes white supremacist ideologies, according to an internal memo.

JAMS neutral and retired Cook County Circuit Court Judge Richard Neville emailed more than three dozen people an article that appeared to be from the Baltimore Sun but was actually published by a blog run by a “white advocacy” organization. The editorial titled “The Black Dilemma” recounted racist sentiments about how Black Americans had “no intellectual achievements” and are “socially incompatible with other races.” ADR Services Inc., which has seven offices throughout California, has added 25 Zoom coordinator specialists, who act as a liaison between parties in virtual proceedings. 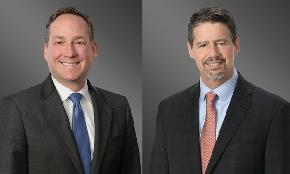 The agency is seeking public comment on how to guide the director's discretion for instituting AIA proceedings. The tech industry and patent owners have been fighting in court over a framework developed by the PTO's administrative judges.