"Some people get out and some don't," said defense counsel Richard Brown of Brown Paindiris & Scott in Hartford. "You do the best you can do."

By Robert Storace | July 06, 2020 at 01:31 PM | The original version of this story was published on Connecticut Law Tribune
X

A lawyer’s own alleged statements might have foiled his bid to leave prison for home confinement.

Due to COVID-19 concerns, judges in Connecticut and across the country have been faced with compassionate release requests from prisoners who are seeking to finish their terms in home confinement or are looking to be released with no strings attached.

The latest case is of former Middletown mayor and attorney Stephen Gionfriddo.

U.S. District Judge Jeffrey Meyer of the District of Connecticut denied a compassionate release request on behalf of Gionfriddo, who is serving 46 months for stealing $900,000 from his brother and his law firm.

“There is little assurance that Gionfriddo would refrain from trying to steal again if he were released early from imprisonment,” Meyer found.

Courts have ruled in favor of several prisoners, granting them release to home confinement since the onset of the COVID-19 pandemic. Those allowed to leave correctional facilities include Connecticut native and former Donald Trump campaign chairman Paul Manafort, released from a low-security Pennsylvania prison in May, to lesser-known individuals.

Compassionate release request cases within Connecticut include former attorney Jodi Zils Gagne, who was sentenced to 46 months in prison in April 2019 for stealing more than $169,000 from clients. She was released last month to home confinement, but might have to return to prison if the pandemic subsides.

Gionfriddo, though, met a different fate than Zils Gagne.

Set to be released from federal prison in July 2022, Gionfriddo, had argued that at 69, he was vulnerable to COVID-19 because of his advanced age. He also argued he suffered from asthma, diabetes and had a history of gout—all of which, he said, make him vulnerable to contracting the coronavirus.

“There is no doubt that the COVID-19 pandemic is extraordinary, having killed more than 100,000 people in the United States in recent months.” Meyer wrote. “But, Gionfriddo fails to show that he is at appreciable risk of contracting COVID-19, much less that he is particularly vulnerable to the virus’s most lethal effects. … Although Gionfriddo states that his asthma places him at increased risk of serious illness if he contracted COVID-19, the medical records do not show that his asthma is severe. Some of his recent medical records from March and April 2020 state that Gionfriddo’s asthma is in ‘remission.”’

And, Meyer wrote, “various prison records reflect that Gionfriddo has denied having diabetes.”

“Gionfriddo’s claim of gout is likewise belied by his medical records, which note that he has a history of gout but that it has not bothered him for years.”

“I’m disappointed,” Brown said Monday. “His health issues and age, coupled together, presented a risk that was more excessive than the average inmate in a federal correctional facility.”

Brown continued: “Some people get out and some don’t. You do the best you can do.”

Gionfriddo pleaded guilty in November 2018 to one count of mail fraud and one count of wire fraud. He was charged with embezzling $490,000 from LeFoll & LeFoll, a small Rocky Hill firm where he worked as a paralegal. He also stole, authorities said, $457,000 from his brother, David, an attorney for the U.S. Securities and Exchange Commission, to repay the law firm.

Stephen Gionfriddo was in prison before, too. He was convicted of federal wire fraud and mail fraud offenses in 2006 for embezzling more than $633,000. For that offense, he served about 18 months in prison. 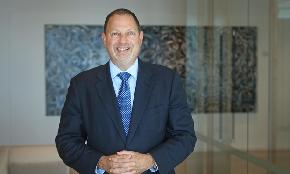 ‘We Got Punched in the Face’: Straight Talk from a Big Law Leader

McDermott Will & Emery chairman Ira Coleman tends to tell it like he sees it. Here’s his take on the challenges—and opportunities—for large law firms coming out of the COVID-19 crisis. 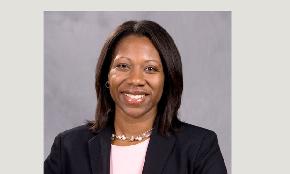 Eboni Nelson became the 18th dean of the University of Connecticut School of Law on July 31, replacing Timothy Fisher. 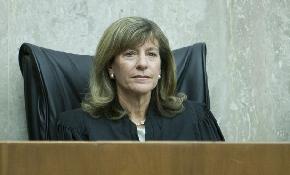 U.S. District Judge Amy Berman Jackson of the District of Columbia said declarations the Trump administration filed in the case were based on "hearsay" and therefore weren't enough to justify blocking the release of the emails.