When Miami criminal defense attorney Samuel J. Rabin Jr. got out of his car and began walking down the street in a full hazmat suit, gloves, respirator mask and face shield, two police officers pulled up, rolled down their car window and said, “Is there something we should be worrying about?”

Rabin was on his way to the federal courthouse in Miami for a sentencing hearing after his client was denied a continuance — and he wasn’t about to risk catching or spreading COVID-19.

Though Rabin said he had the option of appearing via Zoom, he felt the sentencing was too important to do online, especially after not being able to meet the client to go over his presentence investigation report. That’s because at sentencing, clients often need to confer with their lawyers about any issues that arise.

“A sentencing is the most important stage of a person’s life that’s facing a criminal case, and I just think a lawyer has an ethical obligation to be standing there with them,” Rabin said. “Every defendant wants to talk to the judge and give his feelings, so I wanted to be there in case he had any questions or in case he wanted to talk to me before he spoke to the judge.”

So Rabin called on a contact who provides medical supplies to get the 3M disposable hazmat suit, which closes all wrist, ankle and face openings with elastic.

Inside the federal courthouse, Rabin says he was met with assorted exclamations of “I don’t blame you, man!” from court security officers and marshals.

Rabin’s friend and colleague Michael Schlesinger of Schlesinger Law Group in Miami later posted online a photo of him in the hazmat suit, and says it was doing the rounds on LinkedIn and Twitter before long. The photo also appeared on David Oscar Markus’ Southern District of Florida blog with the title “Sam Rabin is a legend.”

“It would have been a nice touch if he had worn a tie on the outside of the hazmat suit,” Miami-Dade Circuit Judge Miguel M. de la O commented on Twitter.

Rabin said he decided to take the extreme precautions amid rising concerns in South Florida about inmate safety.

And unbeknownst to Rabin, just two days earlier a 68-year-old inmate at the Federal Detention Center in Miami had died from COVID-19 after being extradited from Colombia. Ivan Gonzalez-Ramirez had preexisting medical conditions and was awaiting trial for a drug offense, according to the U.S. Department of Justice Federal Department of Prisons.

In the end, Rabin secured approval for the sentence his client agreed to. And though he’s not planning on returning to the courtroom anytime soon, Rabin said he will bring the hazmat back for an encore if necessary.

“The judge had no issue with me wearing it,” the attorney said. “She understood, quite frankly, and wasn’t upset about it in any way.”

Raychel Lean reports on South Florida litigation for the Daily Business Review. Send an email to [email protected], or follow her on Twitter via @raychellean. 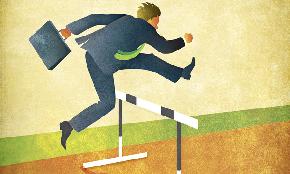 Recession Highs: How Some Firms Are Ahead in 2020

Firms such as Milbank, Weil Gotshal and Paul Weiss are, so far, doing better than last year, while lateral departures from other firms in recent weeks indicate partners are leaving firms viewed as unprepared to capitalize on the current market. 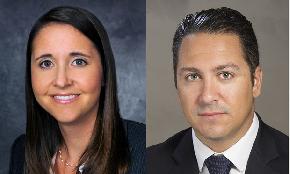 The litigation hinged on obtaining banking records from Switzerland. 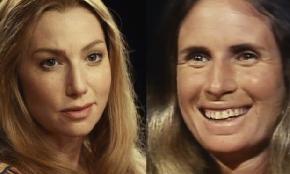