Swift Currie started phase one a month ago, while firms like Eversheds Sutherland, Smith Gambrell and Morris Manning have followed more slowly in the last two weeks.

Many of Atlanta’s largest firms have started reopening their local offices gradually over the last two weeks, allowing lawyers and staff to voluntarily return—but on a rotating basis to keep office density low.

All of the city’s large firms had shifted to remote work after the coronavirus pandemic hit in mid-March. Troutman Sanders and Kilpatrick Townsend & Stockton have not yet reopened any offices. But Morris Manning & Martin, Smith Gambrell & Russell, Eversheds Sutherland, Arnall Golden Gregory and Drew Eckl & Farnham have started phase one of a staggered reentry.

King & Spalding is also now allowing personnel to return on a voluntary basis to its Atlanta headquarters, as well as to its offices in Paris and the Middle East. Other offices remain closed.

Georgia has lifted virtually all restrictions on public congregating, and the office openings come as reported COVID-19 cases have again ticked upward over the past two weeks after earlier declining. But firms are moving cautiously with strict safety protocols—for instance, requiring all employees to screen daily for COVID-19 symptoms before coming to work, closing kitchens and other social areas and requiring masks in common areas. Most are still not allowing visitors.

Midsize firm Swift, Currie, McGhee & Hiers has bucked the trend with a much speedier return timeline, but it is still adopting a cautious approach.

After sending home everyone except a skeleton support crew on March 13, the 155-lawyer litigation defense firm started its initial reentry phase a month ago. About one-third of its lawyers and staff returned on a voluntary basis on May 18, followed by another third on June 1.

On Monday, Swift Currie progressed to phase three—an almost full return of lawyers and staff. Those with health concerns or childcare issues are still working from home full-time.

Swift Currie has about 300 employees, including 145 lawyers, in its Atlanta headquarters at 1355 Peachtree St. N.E. in Midtown, just north of the High Museum of Art.

Even though the firm is well ahead of others in reopening its office, it also has the most restrictive space usage plan of the nine firms responding to the Daily Report’s inquiry.

To maintain safe social distance, Swift Currie has divided its four floors of office space, totaling 100,000 square feet, into 15 zones with about 20 people per zone—each with entry and exit points and restrooms. Employees are required to stay in their zone during the workday to limit any potential infection, and a zone leader keeps a log of who is present at any time. Breakrooms and vending machines are off-limits.

“We’ve been more aggressive than some firms, so we’ve worked really hard to get this right,” said Mike Rosetti, an executive committee member on the firm’s reopening task force.

The zones are color-coded—Rosetti’s is navy blue—and the marketing team has distributed appropriately colored wristbands and signage to help people remember to stay in their area.

“We’re pretty strict about it,” Rosetti said, adding that, if he wants to meet with an associate from another zone, they must go outside the building. “One of our partners has become famous for his meetings,” he said, since they entail a walk around the block to Ansley Park while strategizing about cases.

Swift Currie wanted to get people back to the office, even though working remotely has proven functional, Rosetti explained, because the firm’s collaborative culture would suffer with too much time away from the workplace. “You can be on your own island, but long term we’d miss the day-to-day collaboration—especially with our younger lawyers.”

The firm took reentry in phases to accommodate people’s varying comfort levels, Rosetti said. As at other firms, he said, “some people were ready to run back to the office, and others were more cautious.”

In phase three, employees are rotating in and out of the office, while also working remotely, Rosetti said. They can choose to work from two to four days a week or come in for half-days all week—so only between one-half and three-quarters of the firm’s Atlanta personnel are in the office on any workday.

While people can choose their schedules, they must stick to them, Rosetti said, and dropping in at other times is strongly discouraged. “We’ll keep to staggered schedules for the foreseeable future until people are comfortable with a full return to the office.”

All of Swift Currie’s attorneys and most paralegals have offices, Rosetti added, which helps social distancing. To protect staff working in open areas, the firm has increased separation by reorganizing furniture and installing plexiglass barriers. “I feel safer in the office than I do going to Publix,” he said.

Masks are required when people are not at their desks, and the firm has laid in a mask supply with the Swift Currie logo. The firm also has distributed door-opening gadgets that affix to a keychain.

People can also post a sign, supplied by the firm, outside their workspace asking others to call or email rather than enter. If the sign is on an associate’s door, even partners like Rosetti can’t enter, he said. “We want to respect everyone’s comfort level—and we want people to trust the process.”

Other firms are taking a similar phased approach with stringent distancing protocols and staggered shifts—but at a slower pace.

Troutman has not yet announced a date to reopen its Atlanta headquarters or any other office, but it will be in phases. Kilpatrick plans to start phase one, allowing voluntary returns, on June 29 in Atlanta, but it will restrict capacity to 30%. Kilpatrick’s Denver branch started phase one June 15, but all other offices are closed. The firm does not expect any offices to be fully open before Sept. 14.

Eversheds Sutherland, Smith Gambrell and Morris Manning started phase one for their Atlanta headquarters on June 8, and Drew Eckl and Arnall Golden followed on Monday. Their offices in Washington, D.C., New York, Los Angeles and other cities still under a shelter-in-place order remain closed.

Like other firm leaders, Eversheds Sutherland’s U.S. managing partner Mark Wasserman said the firm started with a slow reopening to test safety protocols. Only lawyers and a few staff with offices have been approved to return, he added.

Just 28 of Eversheds’ roughly 350 Atlanta employees have elected to use the office so far, Wasserman said. Its Austin and Houston branches also started phase one last week, and about a dozen people have returned there.

Wasserman said Eversheds has not yet established a U.S. timeline for its own phase two, which will still be voluntary. At that point, it will schedule people for certain days per week to keep density low.

“Nobody should feel any pressure to come into the office for the foreseeable future,” Wasserman said.

In addition to general safety protocols, such as closing common areas, limiting seating in conference rooms and establishing one-way traffic in halls, firms have devised some unique features.

Eversheds is requiring employees to use a screening app, Clear to Go, each morning before coming to work to monitor their temperature and any COVID-19 symptoms.

When people arrive at their desk at Smith Gambrell, they’ll find a kit with an electronic return-to-work guide, a mask, bottled water and a lunch cooler with the firm’s logo—since breakrooms are closed. Attorneys can order boxed lunches in lieu of eating in the attorney dining room.

Smith Gambrell’s chief marketing officer Lee Watts reported that only a few attorneys and staff elected to come into the firm’s Midtown headquarters last week, with slightly more this week.

Similarly, at Arnall Golden, lawyers and staff are still working remotely, but anyone can come into the office as desired, said managing partner Jonathan Eady. Arnall Golden hasn’t yet set a date for its own phase two—which will be a directed return, instead of allowing anyone to come in as they choose, Eady said–but it has assigned all staff to either a red or blue team that will come in on alternate weeks.

For Drew Eckl’s first phase, office attendance is optional. To keep density low, the firm has divided staff and non-partner attorneys into two teams which rotate days, according to a firm spokesperson.

Team 1 members can come in Mondays and Tuesday, while those on Team 2 get Thursdays and Fridays. Partners can come in on any team day, and everyone works remotely on Wednesdays.

Drew Eckl has over 200 people on four floors in the Suntrust Building and at Peachtree Center downtown, so, per floor, about 25 nonpartner personnel at most could come in each day. The firm has also assigned in and out times to reduce congestion at entry points.

Morris Manning’s managing partner, Simon Malko, said about one-third of its local personnel are back. Staff members are rotating days and attorneys are generally coming in as needed a few days a week, but the firm is not yet allowing any visitors.

“We are moving at a measured pace. While we would like to get back to some sense of normal, we continue to make the safety of our team the top priority,” Malko said. 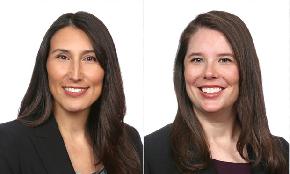 How I Spent My COVID Summer Vacation

If traveling out of state, depending on the destination, since some states are considered hotspots, you might have to observe self-quarantining requirements before returning to the office. 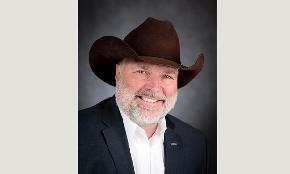 The Georgia Bureau of Investigation has expanded an ongoing criminal probe of Paul Howard to include his issuance of grand jury subpoenas without a grand jury impaneled to handle the shooting of Rayshard Brooks.