Wisconsin real estate, tax and probate attorney Stephanie Rapkin, 64, was arrested not once but twice over the weekend, after being filmed spitting on one protester and allegedly shoving another the next day.

The first incident happened on North Oakland Ave. in Shorewood, Milwaukee, Saturday afternoon, during a march in which hundreds protested the killing of black Minneapolis man George Floyd at the hands of a white police officer.

Rapkin, who is white, reportedly parked her car to block the march, then confronted the protesters and spat at a black 17-year-old protester.

But things escalated on Sunday, when protesters gathered outside the attorney’s home to write messages in chalk on the pavement, including “Racist” and “I spat on a child.”

Rapkin emerged to speak to the protesters, and an argument about the spitting incident ensued. The attorney this time allegedly shoved a white protester in the chest.

Click here to watch the video of Rapkin’s arrest

Rapkin resisted the second arrest on Sunday, allegedly kneeing a police officer in the groin, according to the Shorewood Police Department. She was then taken to Milwaukee County Jail, where she has a $950 bail and faces additional charges of battery to a law enforcement officer and resisting/obstructing an officer.

Rapkin was admitted to practice in 1982 and holds a law degree from California Western School of Law, according to her Wisconsin Bar profile. She practices at the Law Office of Stephanie G. Rapkin in Mequon.

The videos, circulated widely on social media, have triggered uproar. Among those denouncing Rapkin’s behavior: the State Bar of Wisconsin’s leadership, which said it was “disturbed and disgusted” in a Facebook post.

“We do not condone this behavior under any circumstance — period,” the post said. “The State Bar of Wisconsin champions integrity, civility, and respect in dealings with the public, colleagues, clients and the courts. The behavior of lawyers and others directly contributes to the public’s confidence in our justice system. We unequivocally support equal justice and the right of all citizens to peacefully protest.”

Likewise, the village of Shorewood posted, “Let us be very clear — hate has no home in Shorewood.”

The Milwaukee County District Attorney’s Office is handling the case. No attorney had entered an appearance for Rapkin by press time.

Rapkin’s law license could also be in jeopardy, as she faces a professional misconduct complaint from election law attorney Michael Maistelman, filed Sunday with the Wisconsin Office of Lawyer Regulation. 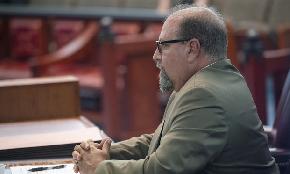 The former judge was already removed from the bench for making inappropriate comments to a sexual assault victim. 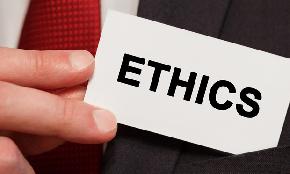 20 Texas Lawyers Disciplined, According to Office of Chief Disciplinary Counsel

The State Bar of Texas announced Wednesday the disbarments of three lawyers, suspensions or probation of 11 lawyers, public reprimands of two lawyers and private reprimands of four.