The Pennsylvania Supreme Court has authorized local courts to restore limited operations to the jurisdictions previously halted due to the spread of COVID-19, but extended the statewide judicial emergency to June 1.

The Pennsylvania Supreme Court has authorized local courts to restore limited operations to the jurisdictions previously halted due to the spread of COVID-19, but extended the statewide judicial emergency to June 1.

“Courts play a central role in our constitutional democracy, and it’s important to ensure that they are available to those seeking vindication of their rights or resolution of disputes,” Saylor said. “The COVID-19 health emergency has forced everyone to adapt, and courts have quickly adjusted to handle a wide range of matters remotely.”

He continued, “While the court has extended the judicial emergency through June 1, 2020, in order to provide president judges with authority to address varying local conditions, we recognize the need to move beyond emergency matters to a much broader range of court functions. We do so, however, giving priority to our most critical functions and in a manner consistent with public health and safety.”

If court leaders feel restrictions are needed beyond June 1, they must provide their reasons to the Supreme Court, according to the order.

The order said with the exception of speedy trial matters, the court deadline hold is extended until May 11. Jury trials (both criminal and civil) remain suspended and will be scheduled for a date in the future. The order also stated that evictions and dispossession of property are still prohibited until May 11, given the economic impact the pandemic has had on Pennsylvanians.

After Montgomery County Court of Common Pleas President Judge Thomas DelRicci asked the Supreme Court for a declaration of judicial emergency in the county, the justices largely granted the motion, but did not make an immediate ruling at the time on the request to suspend Pennsylvania Rule of Criminal Procedure 600, which grants defendants the right to a speedy trial. Instead the justices held the request under advisement.

In the weeks that followed the Pennsylvania Supreme Court ordering nearly all judicial services shut down as a means of combating the coronavirus, many of the state’s largest court systems reduced their prison population by 20% or more. In Allegheny County, the number of people in the local jails dropped by nearly 30%, between March 1 and March 31. In Philadelphia, however, the prison population reduction remained at less than 10% earlier this month. 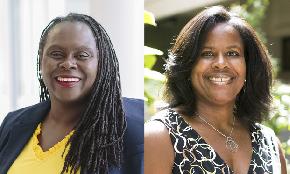 ‘Pictures in My Head’: Black Law Deans Take on Racism in Legal Ed 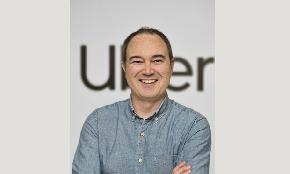 ‘It’s OK Not to Be OK’: An In-House Leader’s Take on Guiding Resilient Teams