The University of Arizona this week said it’s facing a potential $250-million shortfall and is instituting a series of furloughs and salary cuts—which law dean Marc Miller on Thursday said  will apply to the law school.

Harvard Law School dean John Manning told students April 14 that he is taking a pay cut and that the law school is freezing pay and hiring. That news came after Harvard president Lawrence Bacow and other top campus leaders at Harvard reduced their salaries by 25% and said the deans of the university’s 12 programs could either reduce their pay or contribute to a support fund for Harvard employees facing hardship.

The University of Michigan president Mark Slissell said this week that administrators are anticipating COVID-19-related losses ranging from $400 million to $1 billion through the end of the calendar year. The university has imposed a hiring and salary freeze, as well as voluntary staff furloughs and reduced hours.

The University of California system, which has 10 campuses and five law schools, has asked state lawmakers for additional funding, saying it racked up $558 million in unexpected expenditures in March alone. Students canceling housing and dining contracts, the costs of switching to online learning, funding COVID-19 research activities, and the halting of elective surgeries all have contributed to the financial shortfall. But system leaders have said they hope to avoid layoffs.

“It looks to me like university systems far and wide are facing similar challenges,” Miller said. “The [University of Arizona] was early, but it’s already not alone.”

Miller declined to discuss the details of how the furloughs and pay cuts will impact the law school, in part because that is still being worked out. But a university website states that employees making $150,000 or less will be furloughed for different amounts of time, resulting in pay reductions of 5-15%. Employees with salaries $150,000 to $200,000 will see a pay cut of 17%, with those earning more seeing a cut of 20%. The changes go into effect May 11 and continue through June of 2021.

Law schools have dealt with financial problems before, most recently in the aftermath of the 2008 recession, when enrollment fell 29% nationwide between 2010 and 2015. (Law school enrollment actually increased the first two years after that economic downturn began as graduating college students waited out a rough job market.)

But the coronavirus pandemic is a financial crisis of a different nature. Universities suffered declines in the value of their endowments and added fundraising challenges in the wake of Great Recession, yet many were still able to prop up their struggling law schools in subsequent years with infusions of funding. That’s not likely to be the case this time around with university systems reporting such staggering losses.

On the other hand, the economic recovery is expected to be quicker this time around, once people can return to work, noted former University of North Carolina law professor Bernie Burk, who studies the economics of legal education. And law schools may actually see a bump in applicants the next two years just as it did in 2008, because college graduates have fewer employment prospects at the moment. If courses remain online in the fall, however, that could dissuade some applicants from enrolling, he added.

But Harvard’s Manning wrote in his email to students that the financial fallout of the pandemic on the wider university is expected to be bigger than that of the earlier recession. The outbreak is putting pressure on the university’s endowment, on philanthropy, on tuition revenue and research support, he wrote. Still, the law school plans to focus its resources on financial aid, Manning wrote.

“As was the case with the 2008-2009 financial downturn, we will continue to make financial aid a top priority as we strive to promote broad accessibility of legal education,” Manning wrote. “We will strive to limit impacts on our workforce, who make it possible for us each and every day to fulfill our mission.”

When COVID-19 first came to the United States, most law deans and higher education administrators initially focused on the safety of students, faculty and staff, and then whether they could quickly and effectively deliver coursework online. Soon after that, it became apparent that the pandemic was going to have a big—and long-term—negative impact on budgets, said Arizona’s Miller.

“That was the start of this very serious conversation about, ‘What if this goes on over time? What if it affects the economy severely? What if it limits movement?’” he said. “Early on, we and others began saying, ‘Hmm, this is different.’”

Miller believes that large, public research universities like the University of Arizona will be hit the hardest by budget shortfalls. Those campuses are heavily dependent on undergraduate tuition from nonresident and international students, and the pandemic looks likely to prompt many students to stay close to home next year, even if travel opens up. Plus, those large universities face losses from athletic programs, reduced state funding and the possible decline in research funding. 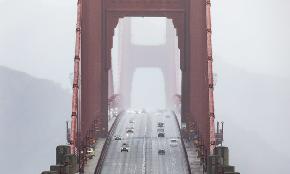 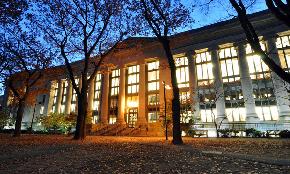 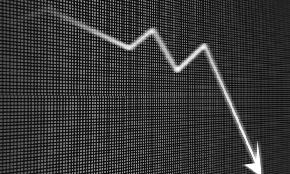 Law School Applications Are Down. Will COVID-19 Spur a Late Comeback?

The coronavirus pandemic has upended the law school application cycle, but some experts predict a surge in late applicants hoping to ride out the rough job market.