The state chief justice names a 17-member working group to recommend how and when to gradually return Florida courts to the kind of operations it had before the coronavirus took hold.

By Catherine Wilson | April 22, 2020 at 02:25 PM | The original version of this story was published on Daily Business Review
X

Intent on getting Florida courts up and running again, the state’s chief justice appointed a task force to quickly recommend how and when to reopen as the coronavirus pandemic appears to ease.

The latest order was issued the same day Gov. Ron DeSantis announced the state “flattened the curve” on the virus earlier than predicted. He also named a “reopen Florida” working group Monday dominated by Republican politicians and industry leaders.

The 17-member justice working group led by Orange Circuit Judge Lisa Munyon will expire June 30, so its suggestions need to be delivered within 10 weeks.

Canady is offering the group a blank slate, calling on the members to “identify the proceedings that are amenable to progress or resolution through remote technology,” which is already in limited use.

He wants guidance based on public health expertise for “protective measures that will allow the progressive and safe return of judges, personnel, parties, counsel, jurors, and the public to court facilities.”

A four-phase plan would address when in-person hearings are rare, limited, broader and when the virus is no longer a significant risk. As part of that, Canady contemplates extending the use of remote technology beyond the public health emergency.

Canady alluded to geographic differences since the COVID-19 virus has had an outsized impact in South Florida, which has 60 percent of the state’s cases. Miami-Dade County alone accounts for more than a third of all Florida cases.

He told the group to be mindful that “unique local recovery needs and operational capabilities must be balanced with the goal of statewide consistency in the resumption of court operations and proceedings.”

Changes in rules, protocol and law may be suggested to implement the group’s recommendations.

Canady also left his guidance to the group open-ended, calling for pandemic-related recommendations “that are not specifically identified in its charges but are necessary to improve the administration of justice.”

He also suggested recommendations could be delivered piecemeal rather than all at once “due to the quickly evolving nature of the pandemic.”

A longtime fiscal conservative dating back to his days in Congress from 1993 to 2001, Canady cited limits on public resources and said the group “should strive to utilize the most economical means appropriate to the type of work being accomplished.”

South Florida courts have been operating at a fraction of their normal pace aside from mandatory criminal and emergency hearings, and many of them have been done remotely. Judges and attorneys occasionally use the Zoom video platform and the Court Call telephone system for remote hearings. 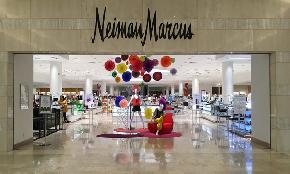 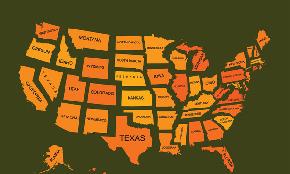 In every state, assessment tools help courts decide certain cases or correctional officers determine the supervision and programming an offender receives. But the tools each state uses varies widely, and how they're put into practice varies even more.