“The court’s jury assembly room will not permit sufficient distance between jurors,” federal prosecutors wrote. “Once in the courtroom, the jurors could theoretically be spread out while hearing evidence and arguments; however, that could result in some jurors being able to see the witnesses and evidence better than others.”

Federal prosecutors trying a criminal case against a Russian man charged with hacking into Bay Area tech companies have told a federal judge in San Francisco they’re prepared to resume a criminal trial that’s been delayed during the COVID-19 pandemic, even while acknowledging it was “unlikely” enough jurors will be available.

Lawyers with the U.S. Attorney’s Office for the Northern District of California filed court papers Tuesday indicating that they are prepared to resume trial April 13 in the case of Yevgeniy Aleksandrovich Nikulin, a Russian man accused of hacking into computers belonging to LinkedIn, Dropbox and Formspring.

U.S. District Judge William Alsup pressed pause on the proceedings in the trial last month after a potential witness in the case came into contact with someone displaying symptoms of a COVID-19 infection. Alsup issued a further continuance of the trial just as “shelter in place” orders went into effect around the Bay Area in mid-March. The judge, noting that jeopardy had attached in Nikulin’s trial, said at a March 18 hearing that there was a “fighting chance” that a fair trial could be preserved with the sitting jury of 12 jurors and four alternates, and ordered the parties to hold a teleconference Thursday to discuss the feasibility of resuming trial next week. After the government filing hit the docket Alsup changed Thursday’s telephonic status conference into an in-person hearing, signaling that the judge could be contemplating making a substantive ruling like declaring a mistrial that would require Nikulin to be present.

Adam Gasner, who, along with co-counsel Valery Nechay, represents Nikulin, said Tuesday that his client wishes to proceed with the trial. “After over three years in pretrial detention and as his long-awaited jury trial has already started, Mr. Nikulin’s wish is to move forward without any further delay,” Gasner said.

The government’s Tuesday filing, signed by Assistant U.S. Attorneys Michelle Kane and Katherine Wawrzyniak, acknowledged the difficulty of trying the case with the current jury. Alsup previously polled jurors prior to the continuance and found that at least two had health conditions that put them at heightened risk of complications from COVID-19 and two had employment obligations. Seven of the 16 jurors didn’t respond to the judge’s questions.

Tuesday evening, the judge issued a notice saying that at least 10 jurors and three alternates had indicated after being contacted by the court clerk that they may be “willing and able to serve” if the trial were to restart April 13. If the trial were to restart in May or after the “shelter in place” orders are lifted, 10 jurors and four alternates had indicated the same.

Federal prosecutors noted Tuesday that there were at least 30 people in the courtroom, including lawyers, jurors, court personnel and witnesses, during the first two days of testimony in the trial and that it would be necessary to configure the courtroom to maintain six feet of distance between trial participants going forward. “The attorneys need to stay close to their respective teams in order to be able to confer,” they wrote. “The court’s jury assembly room will not permit sufficient distance between jurors. Once in the courtroom, the jurors could theoretically be spread out while hearing evidence and arguments; however, that could result in some jurors being able to see the witnesses and evidence better than others.”

In Stalled Criminal Trial, a Call for COVID-19 Tests to Protect a Defendant and His Lawyers

Ross Todd is the Editor/columnist for the Am Law Litigation Daily. He writes about litigation of all sorts. Previously, Ross was the Bureau Chief of The Recorder, ALM's California affiliate. Contact Ross at rtodd@alm.com. On Twitter: @Ross_Todd. 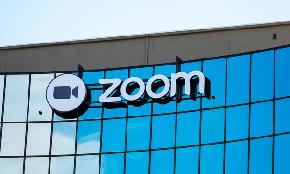 Bottini & Bottini and Cotchett, Pitre and McCarthy filed the class action complaint after a bible study class hosted by Saint Paulus Lutheran Church on Zoom was infiltrated by a bad actor. 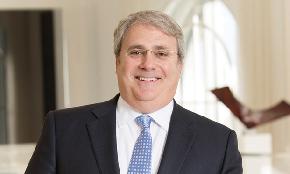 While Judge Michael Brown in Atlanta has cut his backlog to zero, other judges are still wrestling with long-pending motions. In the Eastern District of California, Judge Troy Nunley's six-month motions fell from 133 to 109 amid what the court's judges have described as a "caseload crisis."