Several top law schools have revised their spring grading systems under pressure from students and amid changes to the summer associate recruiting process.

Every law school in the so-called T-14 has now adopted mandatory pass/fail grading, as the handful of holdout schools announced revisions to their policies over the last three days.

The University of Chicago Law School on Monday informed students of the change—which comes less than three weeks after dean Thomas Miles angered many by announcing that the school would stick to its traditional grading system.

“I think students are grateful for this outcome that aligns with empathy and reason,” said third-year Chicago law student Paola Correia shortly after Miles announced the move to mandatory pass/fail grading. “I expected this decision with the current course of the pandemic and the number of students in favor of a change.”

Both the University of Michigan Law School and Georgetown University Law Center initially told students that they would have the option to have their grades converted to pass/fail at the end of the semester, but each in recent days has made pass/fail grades mandatory.

“There’s always a temptation to stick with a decision in the interest of finality, but sometimes that would mean foregoing the best option in the face of new facts,” Michigan law dean Mark West wrote in an email to students Friday night about the new grading policy.

West wrote that the faculty revised the grading policy it had adopted in late March because the law firm on-campus recruiting season has effectively been postponed to late fall and early winter, meaning that students should have two semesters of traditional grades before interviewing with firms. Moreover, law firms expressed concern to administrators that they would not know how to handle the transcripts of Michigan students given that its peer schools had all moved to mandatory pass/fail grading.

“In a time when the job market is fluid and uncertain, making sure our students are in the best competitive position with students at peer schools is critical. I was compelled to update our faculty—and when there are really compelling reasons, we reconsider decisions,” West wrote. “This is one of those rare instances.”

Chicago’s initial decision to maintain its normal grading system this semester raised eyebrows in the academy and angered many students, who felt the school did not recognize the challenges they were facing. Students wrote letters to administrators asking the school to fall in line with the mandatory pass/fail grading systems adopted by virtually every other elite law campus.

“Thoughtful and insightful input from students, employers, administrators, and accreditors, as well as the experience of our first week of remote teaching, informed these discussions,” Miles wrote in his Monday message to students. “I appreciate the many students who wrote to me and others to express their preferences and offer suggestions.”

Miles noted that not all students wanted mandatory pass/fail grading and that the revised policy would no doubt disappoint those who wanted to receive traditional grades.

Last month, Harvard became the first law school to reverse course after initially announcing that pass/fail grading would be optional. Students quickly organized to lobby administrators to make the grading scheme mandatory out of concern that it would negatively impact the students who were struggling the most amid the COVID-19 outbreak. They argued that faculty were advising students behind closed doors not to take the pass/fail option.

Several schools outside of the T-14 have also made a second round of revisions to spring grading, including Benjamin N. Cardozo School of Law and Chicago-Kent College of Law.

In an email to students over the weekend, Cardozo dean Melanie Leslie wrote that the rapidly evolving situation prompted the faculty to reconsider its earlier decision to make pass/fail grading optional.

“First, the COVID-19 pandemic now seems likely to peak in the weeks leading up to final exams,” Leslie wrote. “Second, there has been a sudden and very dramatic shift in the economy that has affected many of our students and their families. Third, it appears that many firms are in the process of moving the on-campus interviewing process to January 2021 so that they will have the benefit of Fall 2020 grades.”

Moreover, a growing number of Cardozo students are dealing with challenges ranging from caring for family members and food insecurity to limited Internet access and mental health issues, she wrote. 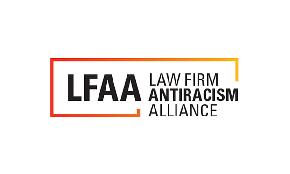 With over 240 legal firms across the globe participating in the unprecedented effort around ending systemic racial injustice, there is optimism to be had and a lot of work to be done. 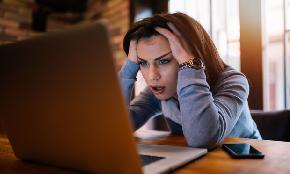 Bar exam takers in Michigan couldn't access the second module of the exam temporarily when the website that distributes passwords crashed. The Michigan Supreme Court said the issue was quickly resolved.