"I do have a passion for religious liberty and a passion for individuals being able to freely worship," said Jared Woodfill, founding partner in Woodfill Law Firm in Houston. "I think it's a sacred right."

Woodfill has made headlines in the past by fighting against Houston’s LGBT anti-discrimination ordinance and objecting to the city granting benefits to same-sex spouses of city employees.

This time, he represents three pastors and a conservative activist, Dr. Steven Hotze, who take issue with the fact that the county’s stay-home order says churches can’t hold in-person services, but may do video or telephone services. Violating the order can bring a $1,000 fine and jail time.

“The circumstances presented by coronavirus do not excuse unlawful government infringements upon freedom,” said a petition for writ of mandamus filed with the Texas Supreme Court on Monday. “The free exercise of religion cannot be taken lightly and should not be sacrificed at the altar of political expediency.”

The petition claimed that the respondent, Harris County Judge Lina Hidalgo, has usurped judicial power and grossly abused her discretion to void the First and Second Amendments to the U.S. Constitution.

“Who would have thought in Harris County, in our America, there would be a time and day the big hand of government—in this case, one county judge—sent [the Houston Police Department] out there to stop a pastor from exercising his First Amendment rights,” Woodfill said.

“This is probably something that’s never happened in the nation of the United States, where every state in the union is facing the same problems,” Soard said. “These are extraordinary remedies to meet extraordinary challenges.”

He added that under the stay-home order, churches can continue doing everything as before, but it must be done virtually. That restriction is reasonable and rational considering the seriousness of the crisis, Soard added.

The petitioners haven’t brought claims in a trial court, but instead, are invoking the Supreme Court’s original jurisdiction, arguing their dispute is very time-sensitive and they’re facing serious harm.

But Woodfill has a two-part legal strategy. Separately, he’s planning to file lawsuits in trial courts to challenge stay-home orders in Montgomery and Galveston counties.

Woodfill said he believes that religious leaders and their congregations should not face the “heavy hand of government” banning in-person worship services. If allowed to hold services, pastors will do what’s socially responsible and best for congregations. Even before stay-home orders emerged, some churches had already been moving services online. Even churches in areas that still have no stay-home orders have been imposing social distancing restrictions, he added.

“They are good citizens,” Woodfill said.

Woodfill, who used to be chairman of the Harris County Republican Party, has a history of bringing religious-liberty challenges Houston-area laws about LGBT rights and same-sex marriage.

Back in 2015, Woodfill was the trial attorney who represented a group of plaintiffs who succeeded in undoing the Houston Equal Rights Ordinance, which banned discrimination based on sexual orientation in employment, housing and city contracting.

He said his Christian faith is the guiding force in his life.

“I do have a passion for religious liberty and a passion for individuals being able to freely worship,” said Woodfill, founding partner in Woodfill Law Firm. “I think it’s a sacred right.” 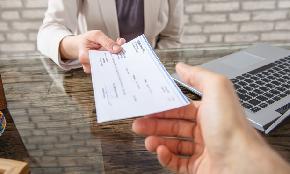 Recession-Proof? Debt and Contract Lawyers Are Weathering the Coronavirus Storm Better Than Others

The coronavirus pandemic has drastically impacted lawyer income, but not every practice area is hurting the same. Debt counsel and contract attorneys seem to be the best off, compared to other practice areas. 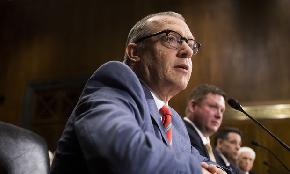 Judges Get Creative as Patent Jury Trials Resume Next Month

Plexiglass, larger deliberation rooms and physically distant seating are some of the safety solutions coming online in the heavy patent dockets of Texas and California. In New York, a judge is mulling a hybrid virtual/in-person bench trial. 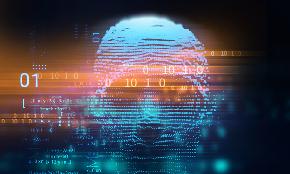 Ransomware Attacks in the Legal Profession

Here are the most essential actions to take to protect your organization from the effects of a ransomware attack.

Winning at Trial: Insights from the Bench and Leading LitigatorsWritten by 20 of America's Leading Trial Lawyers and JudgesTrials are the cornerstone of the American l...