A plaintiffs lawyer bringing an emergency motion for a temporary restraining order to halt sales of knockoff unicorn and dragon art got a sharp rebuke from U.S. District Judge Steven Seeger, in light of the COVID-19 outbreak. “If there’s ever a time when emergency motions should be limited to genuine emergencies, now’s the time," he wrote. 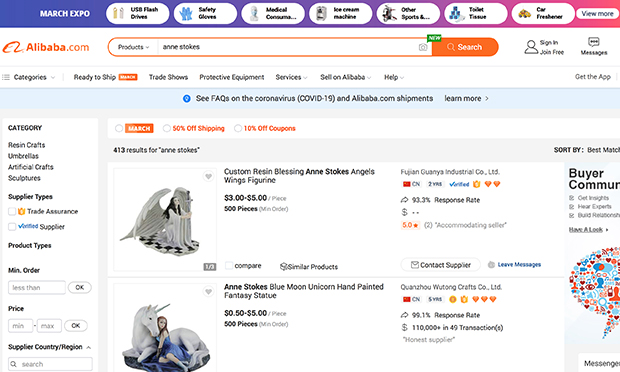 A federal judge gave a harsh rebuke to a plaintiffs lawyer bringing a motion to halt sales of knockoff unicorn and dragon art, calling it “insensitive to others in the current environment.”

In a related minute order, Seeger said the plaintiff sought a “bloated order that imposes extraordinary demands on third parties.”

“To put it bluntly, plaintiff’s proposed order seems insensitive to others in the current environment,” he wrote in the minute order. “Simply put, trademark infringement is an important consideration, but so is the strain that the rest of the country is facing, too. It is important to keep in perspective the costs and benefits of forcing everyone to drop what they’re doing to stop the sale of knock-off unicorn product, in the midst of a pandemic.”

Plaintiffs attorney Michael Hierl did not respond to a request for comment. His firm, Chicago-based Hughes Socol Piers Resnick & Dym, had this statement on its website: “As the world deals with the COVID-19 pandemic, we want you to know that HSPRD stands ready to continue providing our clients with the highest level of legal services, just as we always have for the past thirty-five years. At the same time, we plan to service our clients in a manner that recognizes the importance of social distancing to protect the health of our employees and the greater public.”

The March 18 order comes as lawyers grapple to handle existing cases in the wake of the coronavirus pandemic, which has prompted about a dozen states, including California, New York and Illinois, to order residents to stay home. As of Monday, there were 33,404 cases of COVID-19 in the United States, according to the Centers for Disease Control and Prevention.

Art Ask Agency filed its copyright infringement case in federal court in the Northern District of Illinois on March 9, alleging multiple internet sites out of China sold knockoff mugs, T-shirts, puzzles, handbags and other items depicting fantasy subjects such as unicorns, dragons and elves, designed by British artist Anne Stokes. The plaintiff, based in Spain, filed a motion for temporary restraining order on March 10.

In his order rejecting that motion, Seeger noted that the plaintiff made no showing of anticipated losses due to copyright infringement of its products. “One wonders if the fake fantasy products are experiencing brisk sales at the moment,” he wrote. The plaintiff’s demand to force information from third parties such as Amazon, Facebook and Google would “distract people who may have bigger problems on their hands right now.”

In addition, the plaintiff had sought a hearing on March 19, and Seeger has banned motion notices for dates between March 19 and March 27. He also ordered a six-week extension on fact discovery and told lawyers not to schedule in-person depositions before April 17.

“The court can still hear emergency motions, but resources are stretched and time is at a premium,” Seeger wrote. “If there’s ever a time when emergency motions should be limited to genuine emergencies, now’s the time.”

He also quoted lawyer Elihu Root, who was Secretary of War under President Theodore Roosevelt: “About half of the practice of a decent lawyer is telling would-be clients that they are damned fools and should stop.” Permitting law grads to skip the bar exam for full licensure looks increasingly unlikely. At least three jurisdictions have unveiled programs to allow 2020 law graduates to practice under supervision while they wait to take the test. "Realistically, the best—perhaps the only—way to mitigate the damage and reduce the death toll is to decrease the jail and prison population by releasing as many people as possible,” U.S. District Judge Jesse M. Furman wrote. 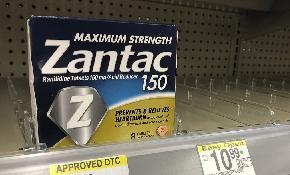 According to Jason Zweig of Hagens Berman Sobol Shapiro, the science linking Zantac and the carcinogenic molecule has been clear, so even without the FDA's recent move, causation would be solid.