Can Law Firm Tech Turn the Big 4 From Competitor to Customer?

Companies such as Thomson Reuters have already begun transitioning from Big Four competitor to supplier, but law firms may have a more difficult time sticking that landing with their own tech products given the size and scope of organizations such as EY and Deloitte.

With deep pockets, global footprints and resources to spare, the Big Four have emerged as significant players in the legal market while forcing incumbents to reconsider long-standing strategies. Thomson Reuters, for example, sold its legal managed services arm Pangea3 to EY last April in the hopes of transitioning from Big Four competitor to Big Four solution provider. But will traditional law firms attempt to execute the same maneuver?

Law firm tech subsidiaries aren’t necessarily opposed to the idea of hawking their wares to the Big Four, but the ongoing competition between the two entities, as well as all of the moving parts involved, may prevent such a relationship from truly taking flight. Attorneys and legal technologists see 2021 pushing the trends brought on by remote work even further, with AI and analytics continuing to grab attention. Here's what they're watching out for in the new year. 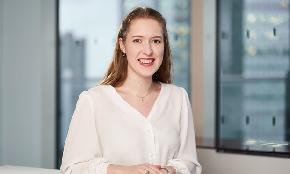 Kimberley Davies, former head of e-discovery at Luminance, discusses the edge that law firm tech subsidiaries may have over traditional tech companies plus the barriers to entry.