As an informed practitioner, you need to know what’s happening in federal appeals courts across the country.

Take a look at some of our recent columns, which cover everything from cybersecurity to standing, from internet law to insolvency, and be on the lookout for new columns each week on Law.com.

Here’s an IDEA from the First Circuit: Let the Kid Have His Dog by Nicholas O’Donnell, partner, and Ryan Rosenblatt, associate, at Sullivan & Worcester.

Fourth Circuit Rules that Website’s Unauthorized Posting of Stock Photograph Was Not ‘Fair Use’ by Michael W. Mitchell and Edward Roche, attorneys at Smith Anderson in North Carolina. 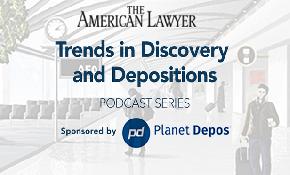 Excerpts from Trends in Discovery and Depositions

In this episode of the Perspectives podcast, sponsored by Planet Depos and hosted on Law.com, we’ll look at highlights from the December 5th presentation titled “Trends in Discovery and Depositions.” 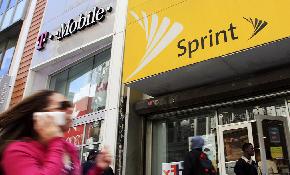 A Munger, Tolles & Olson partner told a Manhattan federal judge that the proposed combination of the country's third- and fourth-largest cellphone carriers would eliminate Sprint from the market and cost consumers billions of dollars in higher annual bills. 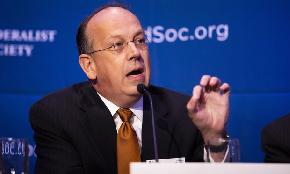 "This case presents a remarkably weak case for invalidating an Act of Congress. There is no actual contested removal, and the current director views herself as serving at the pleasure of the president," the Kirkland & Ellis partner told the Supreme Court on Wednesday.

A new 'Bible' for appellate practice.... Part treatise, part do-it-yourself manual, and part map of the road through an appeal. Luther Munford, The Appella...