2 Key Lawyers in Whistleblower Saga Have Lauded Oversight. Now, They Are Divided

The two men have publicly split over whether a whistleblower complaint involving the Trump administration should be handed over to the House Intelligence Committee.

By Jacqueline Thomsen | September 20, 2019 at 11:44 AM | The original version of this story was published on The National Law Journal
X

A secret whistleblower complaint that has consumed Washington, D.C., is now dividing two top lawyers who have both previously backed Congress’ right to obtain that kind of information.

House Intelligence Committee Chairman Adam Schiff is seeking the whistleblower complaint after the information wasn’t shared with congressional committees despite it being labeled an “urgent” matter by the intelligence community’s inspector general. But the Office of the Director of National Intelligence, bolstered by legal advice from the Department of Justice, argues the complaint is privileged and doesn’t have to be shared with lawmakers overseeing intelligence matters.

'Professional Litigant' Gets in Too Deep With Suit Against Swim Club

A pro bono Squire Patton team wins a $120,000 attorney fee award in a dispute with the author of a book on the psychology of winning. 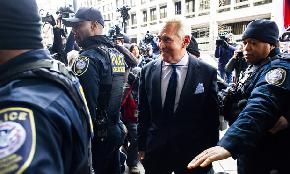 The filing comes on the heels of testimony from a former Stone prosecutor who said there was political pressure to give the Trump ally “a break” on his recommended sentence.