European companies from 38 countries filed the most applications—47 percent—while companies based in Asia, including in China, Japan and the Republic of Korea, filed 22.6 percent.

U.S. companies filed a record number of patent applications with the European Patent Office (EPO) in 2018, according to the EPO’s annual report for 2018. The number – 43,612 – marked an increase of 2.7 percent compared to a year earlier – the second consecutive year that the number of U.S. applications increased, following a decline in 2016.

The U.S. was also the country with the single biggest share of applications at the EPO last year, with 25 percent of the total.

China filed 9,401 applications at the EPO in 2018. While this was an increase of 8.8 percent compared to a year ago, it marked the lowest rate of increase for Chinese applications in five years. Skilled in the Art: Washington Goes Back to the Future on Patents + McKool Smith and Loeb & Loeb Add New Partners

Leadership changes on the Senate and House IP subcommittees don't point in a happy direction for patent owners. 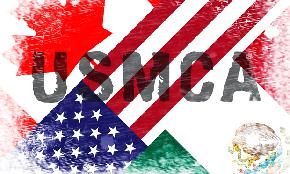 Lawyers in Mexico Rushing to Prepare for USMCA Trade Terms

The America Invents Act (AIA) Handbook: A Guide to the Patent Law Reform of 2011: 2015 EditionBook

This legal handbook covers the AIA changes to patent marking statutes, new procedural rules for patent litigation, expansion of the prior user rights defense, and much m...