Filings of securities class actions hit record levels in 2018, with stronger cases on the docket and an increase in settlement values, according to NERA Economic Consulting’s annual report, released on Tuesday.

There were 441 new filings of securities class actions in 2018, a slight increase from the year before, but the highest level since the 2000 dot-com crash, according to NERA’s “Recent Trends in Securities Class Action Litigation: 2018 Full-Year Review.” Aggregate investor losses, defined by NERA as “the aggregate amount that investors lost from buying the defendant’s stock,” totaled $939 billion, nearly four times the average during the past five years. That trend, the report concluded, could indicate a “systematic shift toward larger filings.” Lawyers who crafted the $2 billion class action settlement with Bayer to resolve future claims over Monsanto’s Roundup have fired back at a host of objectors, defending a settlement they say that “will save lives.” 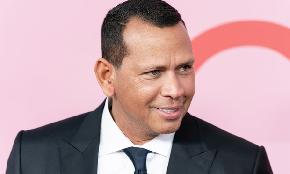 Rodriguez's ex-brother-in-law alleges the former baseball star squeezed him out of profits in their real estate partnership, while Rodriguez counters it's Scurtis who took unauthorized funds from the joint venture.