Geraint Thomas was found dead at the bottom of the Southerndown cliffs on the Welsh coast.

An Eversheds Sutherland partner has been found dead shortly after being accused of inappropriate behavior at a firm holiday party.

Retail finance partner Geraint Thomas, who worked in the law firm’s London and Cardiff offices, was accused of behaving inappropriately toward two female colleagues at the firm’s Christmas party. He was informed about the complaints on Dec. 17 at the firm’s London headquarters, and was found dead the next day at the bottom of the Southerndown cliffs on the Welsh coast, near Bridgend.

Ben joined Legal Week from the Press Association in 2005 and has since held a number of roles including news editor, online managing editor, production editor and bassist in Legal Week's in-house covers band The Scoops. 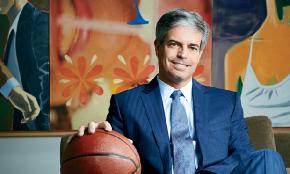 The firm is one of the largest to date to make use of an ABS structure.