From #MeToo and plummeting bar pass rates to higher enrollment and a digital LSAT, 2018 was a big year for law school news.

Enrollment rebounds (a little): Law schools have a lot of ground to make up before they’re back to the heady days of 2010, when more than 52,000 new students show up on campuses nationwide. In fact, many experts think enrollment is unlikely to return to those levels—ever. Still, 2018 brought a ray of hope that legal education’s popularity is on the rise. The number of applicants for this fall’s 1L class spiked 8 percent, with schools ultimately enrolling 3 percent more students. That may not sound like much, but enrollment was either down or stagnant the seven previous years. Pundits believe improved employment rates—due primarily to the smaller number of graduates—and the tumult in Washington, D.C., stemming from the Trump administration are prompting more people to pursue legal careers. 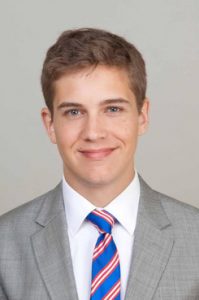 #MeToo arrives at law school: Yale Law superstar professor Jed Rubenfeld was scrutinized for his conduct with female students he taught and mentored, with allegations that he crossed lines into sexual harassment. University of Illinois law professor Jay Kesan is taking an unpaid, year-long absence after news surfaced this year that he was investigated last year after students and faculty complained of sexual harassment. (The university’s investigation concluded Kesan’s behavior violated the campus code of conduct but did not rise to the level of sexual misconduct.) And Ian Samuel—a high-profile professor at Indiana University Maurer School of Law, who helped spark the law student movement against mandatory arbitration in law firms—is the subject of a university Title IX misconduct investigation. Those developments come on the heels of not one, but two law deans stepping down in 2017 amid sexual harassment allegations. It appears the reckoning over sexual misconduct in the workplace is gaining steam within the legal academy.