The firm is asking the court to uphold an arbitration award against a former client—the second time in recent months Boies Schiller has ended up in New York state court because of a legal fee dispute.

By Scott Flaherty | November 26, 2018 at 03:05 PM | The original version of this story was published on The American Lawyer
X

Boies Schiller Flexner has urged a Manhattan state court to uphold an arbitration ruling that awarded the firm more than $640,000 in a dispute over legal fees with a former client, the Chinese real estate tycoon Miles Kwok.

Boies Schiller filed a petition in New York Supreme Court on Nov. 21 looking to confirm a decision by New York-based JAMS arbitrator Frank Maas. On Oct. 6, Maas ordered Kwok, who is also known as Guo Wengui, to pay just under $627,000 in fees and interest to Boies Schiller, which had represented the Chinese businessman between May 2017 and December 2017 in five separate litigation matters. Maas also cleared Boies Schiller to apply an additional $500,000—the amount Kwok put up as a retainer when he hired the firm—to cover unpaid fees. 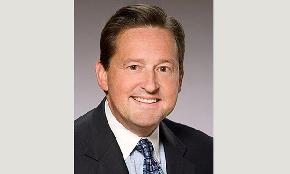 The ruling, which Bouchard said he planned to formally enter later this week, ratcheted down tensions in a two-state standoff between Shawe's legal team and attorneys for Robert Pincus, the court-appointed custodian in what has become Delaware's most vexing legal drama. Big Four Hit Back At India Law Society Over Bans

The Bar Council of Delhi has barred the Big Four from practicing law in India until further notice. But members of the Big Four say they never were practicing there to begin with.