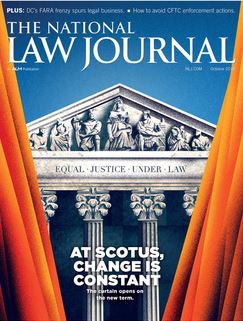 The curtain opens today on the new term. But the full U.S. Senate has yet to vote on Justice Kennedy's would-be successor, Judge Brett Kavanaugh.

For the second time in three terms, the U.S. Supreme Court opens a new session without a longtime crucial voice or vote, and with the uncertainty that brings for its agenda and the nation.

This term, Justice Anthony Kennedy, the high court’s sometimes unpredictable center and critical fifth vote, is absent. His retirement after 30 years on the court took effect in July. As of October 1, the first day of the new term, the full U.S. Senate hasn’t yet voted on his would-be successor, Judge Brett Kavanaugh, who had a contentious hearing over sexual assault allegations last week. At President Trump’s request, the FBI is undertaking a supplemental investigation into Kavanaugh’s background that is slated to be completed in the coming days. Kavanaugh is by all accounts more conservative than the justice for whom he clerked. His confirmation could have major ramifications for a host of political-social issues, ranging from the death penalty to abortion to presidential power.