Alexander Litvinenko died from poisoning in 2006, claiming on his deathbed that Russian President Vladmir Putin ordered him killed. Recent broadcasts featuring Litvinenko's father point the finger away from Putin, to a close friend of the dead Russian dissident.

An associate of Alexander Litvinenko, a Russian dissident poisoned to death in London in 2006, has filed a defamation suit in the U.S. District Court for the Southern District of New York against two Russian government-aligned media broadcasters over broadcasts that claimed the plaintiff murdered Litvinenko—not Russian agents, on the orders of Russian President Vladimir Putin. 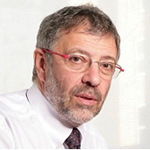 The suit, filed by Dr. Alex Goldfarb, points to programming that aired March and April on both Channel One Russia and RT America that he claims falsely accuses him of not only murdering Litvinenko by poisoning him with a rare radioactive metal, but also Goldfarb’s own wife. Ex-Judge Accused in Federal Lawsuit of Rape, Dozens of Acts of Sexual Abuse Against Secretary