Former White House employee Omarosa Manigault Newman is assembling a team of lawyers to fight the Trump campaign's allegations that she violated a nondisclosure agreement when she released an audio tape of her firing.

It seems that President Donald Trump is not the only one airing grievances on Twitter in his public spat with former White House aide Omarosa Manigault Newman.

Newman’s Florida lawyer, John M.Phillips, of the Law Offices of John M. Phillips in Jacksonville, Florida, also seems to have a penchant for the social media platform. 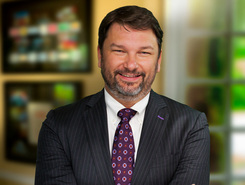 “I got a call from @realDonaldTrump’s 2016 campaign lawyers,” Phillips tweeted Tuesday afternoon. “I asked why they took the alleged arbitration petition to the media BEFORE serving Omarosa or her legal team. I ended the call with a lesson on professionalism.” Modifying Spousal Support Based on the Payor’s Mental Health