A federal jury in Delaware has ordered daily deal website operator Groupon Inc. to pay $82.5 million for infringing four IBM patents dating back to the early days of the internet, in a case that has been closely watched by the tech industry.

By Tom McParland | July 27, 2018 at 03:14 PM | The original version of this story was published on Delaware Business Court Insider
X

A federal jury in Delaware has ordered daily deal website operator Groupon Inc. to pay $82.5 million for infringing four IBM patents dating back to the early days of the internet, in a case that has been closely watched by the tech industry.

The verdict, returned Friday afternoon, followed two weeks of trial and included a finding of willful infringement on each of IBM’s patents. The award was roughly half of what IBM had been seeking in its $167 million lawsuit; however, the company will now be able to seek enhanced damages of up to three times that amount, as well as attorney fees for having to litigate the case. 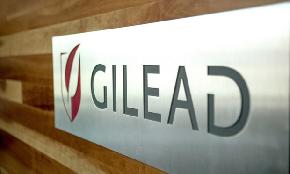 Durie Tangri's Mark Lemley, an attorney for a would-be class of consumers and insurers, says a 2015 ruling on a Spider-Man toy established limits on royalties that drug companies are ignoring.