Orrick, Herrington & Sutcliffe might have found a way to streamline the on-campus interview process.

In this week’s Law Firm Disrupted, we look for advice on how to reform the on-campus interview (OCI) process from those who are perhaps the best-suited to rethink it: Summer associates.I’m Roy Strom, the author of this weekly column, and you are best-suited to help me rethink something by reaching out to me at  [email protected] . 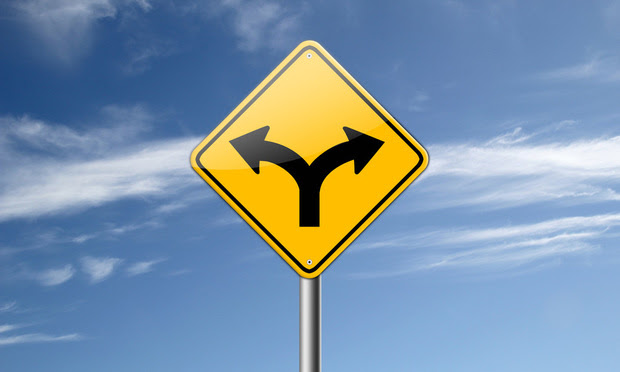 “How can we deliver legal services and work in legal organizations in better ways?”Indeed! That is a question I often try to answer. Recently, the entire summer associate class of Orrick, Herrington & Sutcliffe took a stab at it as well.About two weeks ago, Orrick flew half their “summers” to Silicon Valley and half to New York to participate in what could be called a “hackathon” or a “design sprint” or some combination thereof. The Silicon Valley crowd was led in their efforts by Lucy Ricca, executive director of the Stanford Center on the Legal Profession, while the New York unit was shown the ropes by William Henderson, a professor at the Indiana University Maurer School of Law. Not a bad pair of teachers.The summers were put into groups of about six and chose to redesign an aspect of either on-campus recruiting or legal academia. To do this, they were taught the basics of something that has crept into the law firm-innovation-marketing lexicon that I’ve until now managed to avoid: Design thinking.I’m writing about this recently en vogue term now for three reasons: 1. I have a slide that quickly describes what the design thinking process is. 2. The summers came up with a good idea as a result of the “design sprint-hackathon,” 3. It is a good example of a very efficient way for a law firm to problem-solve.Here is the slide:

Courtesy of Margaret Hagan, director of Stanford Law School’s Legal Design Lab As summer associates who only a year ago went through the chaotic OCI endeavor, the group was particularly well-suited to understand the process for the group of stakeholders they sought to make life easier for: Law firm candidates.The “synthesize” step helped the groups go from a broad topic—OCI recruiting—to a particular problem they sought to solve, which was a lack of easily accessible information on both sides. Law students have to spend hours Googling various law firms. Law firms often don’t even know if the candidates they speak with are genuinely interested in the practice groups they are looking to hire for, a situation that Alex Lilly, now an Orrick summer, experienced firsthand.“I was in the interview thinking, ‘We’re wasting each other’s time,’” Lilly recalled. “It would have been really nice to have a tool that I could input information on what practice groups I’m interested in; what cities I’m willing to work in; information about how I work; what size firm I’m looking for; and have a tool that spits back what firms fit that and are looking for people like me.”Lilly participated in the New York-based event. Coincidentally, the other group in Silicon Valley came up with a similar idea that went one step further. It would differentiate firms by office and match candidates to specific offices. The idea was to take into account the varying practice areas, cultures and hours requirements of different law firms and offices. The associates even came up with a name for the tool: “The Firmbook.”Orrick’s chief talent officer, Siobhan Handley, said the firm is actively looking into creating that platform or partnering with another entity to create something like it.San Francisco-based summer associate Erin Zatlin was part of the Firmbook team and was new to design thinking before the event earlier this month. But she said the tool her team developed would be useful for firms like Orrick to use in order to solve their own business problems.“The most valuable part of it for me is that it provided a tailored way to hone in on or do a significant amount of reflection to think about what the actual problem is,” Zatlin said. “As students, we think about both of the problems offered to us very generally. OCI is too difficult. Law school is too long. But the process really does focus you on getting more granular and thinking, ‘Why is it actually a problem?’ And I think that is a really necessary step in terms of solving any kind of problem.”Orrick hopes so. The firm has been using design sprints or hackathons in an increased number of its training sessions, Handley said. There are at least three hackathons planned in the next six to eight months, Handley said, including one for the firm’s new associates during a training academy in September.“We think this kind of thinking, being creative, coming up with unique solutions, is an absolute necessity for the practice of law now,” Handley said. “And I think it’s teachable, even though it’s not taught in law schools now.”Maybe that’s a topic for another design sprint.

On Bar Associations:  Speaking of Bill Henderson,  I reported earlier this week  on a report he wrote for the State Bar of California that set the stage for a task force to consider amending rules limiting law firm ownership to lawyers.Here you go:  In his report released Friday, Henderson said the profession’s restriction on outside investors has hindered the creation of new solutions needed by corporate clients while making the cost of personal legal services prohibitive to about 90 percent of the population. The legal profession is at an inflection point that requires action by regulators,” wrote Henderson, adding that “the ideal” would be to allow lawyers and other professionals to work as “co-equals” in legal service organizations. “Some U.S. jurisdiction needs to go first. Based on historical precedent, the most likely jurisdiction is California,” Henderson said. On Bar Associations II:  Back in 2015, Toby Brown, chief practice management officer at Perkins Coie,  wrote about his experience  at a National Conference of Bar Presidents event, where conversation centered on an implementation of Limited Licensure Legal Technicians. The push for the LLLT license began in 2001 and the first licenses were issued 14 years later. Brown said that the bar presidents at the conference began tearing apart the LLLT idea, which he defended. Then Brown had a conversation with a group of bar presidents: “A universal theme was that whatever they might do to disrupt the market and drive innovation will be met with strong resistance by the bar membership.”Brown’s conclusion:  For a long time I have held out hope that the legal profession would step up and address the needs of the market: For both lawyers and clients. After this experience, I have come to the hard conclusion: That is not going to happen. As smart as lawyers are, their training and experience have made them a reactive and dogmatic group. In their minds, the way they have been doing it is the only way to keep doing it. Anything else is a threat to the profession and their practice specifically. On Client Choices:  Maybe the bar won’t change,  but this beer company will ! Change outside counsel, that is. Lee Reichert, a former Lathrop Gage partner now serving as chief legal officer for Molson Coors Brewing Co., wrote about how he chose a Denver-based firm to lead a big-time arbitration against an elite New York firm. That comes on the heels of a  report that found  that lawyers from mid-market cities were often just as good as big-city lawyers (in terms of quality of work, responsiveness, legal expertise, solutions focus and outcome).From Reichert’s article:  In ways that may not have previously been possible or professionally acceptable, we may have hit an economic tipping point where it’s more rational for high-performing lawyers to give up the trappings of the money centers and move to other cities or return back to where they were raised. And because clients can efficiently retain a Denver, Seattle or Minneapolis office for national work, the demand for those lawyers should continue to grow. The calculus has shifted. It’s good for these law firms, and clients like us are reaping the benefits.

That’s it for this week! Thanks again for reading, and please feel free to reach out to me at [email protected]. Sign up here to receive The Law Firm Disrupted as a weekly email.