Labor of Law: 'Epic Systems' Fallout: What's Next | 'Zarda' Goes to SCOTUS | Plus: Around the Water

Management-side lawyers and worker advocates are assessing what's next after the Supreme Court's ruling in Epic Systems. And the justices have two petitions—including Zarda, from the 2nd Circuit—that confront the scope of LGBT workplace protections. Thanks for reading Labor of Law!

Welcome to Labor of Law.  What are some of the conversations you’re having about the U.S. Supreme Court’s ruling in Epic Systems? There’s a lot to unpack moving forward. Meanwhile, the justices just got a new petition teeing up the scope of Title VII workplace protections for sexual orientation. And scroll down for some of the other big cases making headlines.➤➤  I’m Erin Mulvaney in Washington, D.C., covering labor and employment from the Swamp to Silicon Valley. Follow this weekly newsletter for the latest analysis and happenings. If you have a story idea, feedback or just want to say hi, I’m at [email protected] and on Twitter @erinmulvaney. Thanks always for reading. 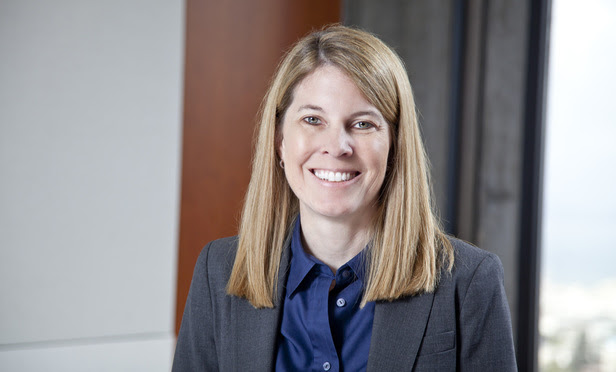 The U.S. Supreme Court’s  embrace  of class action waivers in employment contracts will have wide consequences for workers and companies.  An Economic Policy Institute study  has found that more than half of companies already use mandatory arbitration and a third of those include class actions. Now, management-side lawyers and worker advocates are plotting their next steps. Meanwhile, there are dozens of cases in federal appeals courts and at the NLRB  that will be affected .This week I caught up with  Kelly Dermody,  (above) partner and chair of the employment practice group at  Lieff Cabraser Heimann & Bernstein . Dermody’s involved in some of the biggest L&E class actions around and has long pushed companies to create and foster equal playing fields for all workers.“Arbitration has been actively used as an obstacle to employees getting their day in court for the last 20 years. This is not a new environment,” Dermody tells me. “Companies have been overreaching with mandatory arbitration. This [overreach] will still happen. What has changed is that we have this high court acceptance in this case. It seems to bless a unique and horrible American practice that denies employees’ rights.”Dermody notes that the Supreme Court’s ruling comes amid the greater public awareness of workplace abuses. Companies are trying to position themselves against arbitration—at least regarding sexual harassment and assault.“People are fed up. The legal watermark is high, but you are going to see a lot of backlash around arbitration,” Dermody   says. “It’s a crazy convention that we have seen employers develop to prevent employees from getting into court. We now know how reckless it is. People want to have more transparency and accountability.”Plaintiffs firms are also looking at strategies around the ruling. My colleague Marcia Coyle  wrote last week  about a tactic firms are thinking about: “non-mutual offensive collateral estoppel.” The idea’s been around for awhile but could gain new traction post-Epic Systems. Plaintiffs lawyers would try to argue that the reasoning behind one arbitrator’s decision should apply to subsequent cases.Still, there is no question that employers are the winners in the Epic Systems ruling. Major U.S. employers have cases tied up in appeals courts that address arbitration agreements, and the high court decision could resolve them in favor of the employers.Fresh off the 5-4 decision, management-side firm  Ogletree Deakins announced a tool  to automate arbitration agreements—one sign these tools are expected to proliferate. “We went ahead full steam with our fingers crossed that the case would come out the way we thought it would,” firm shareholder Ron Chapman Jr.  in Dallas  told LegalTech News . “You answer eight or nine questions and press print, and that’s it. This is not rocket science.”