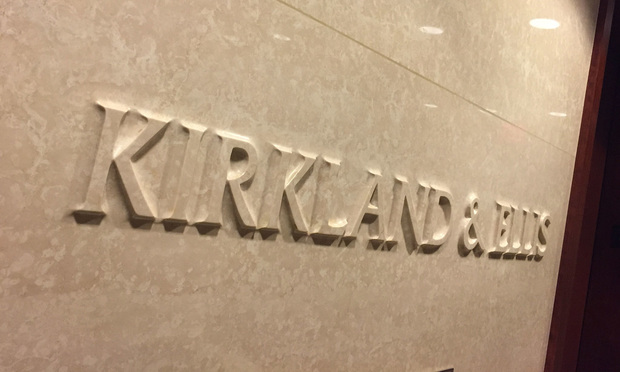 A Kirkland spokeswoman did not immediately return a request for comment on the matter, nor did Napolitano and Head. The departure of both lawyers follows closely on the heels of another major exodus from DLA Piper’s U.S. practice.

In March, McDermott Will & Emery began a raid that would grow to nearly 50 lawyers with its hire of DLA Piper partner Michael Poulos in Chicago. A former co-managing partner of the Americas at the firm, Poulos ran a litigation practice that several sources said was worth around $30 million in business.

In a letter to its partners, McDermott chairman Ira Coleman said the firm had hired 22 partners from DLA Piper, a mass lateral move that it expects to add $100 million in annual revenue. (McDermott’s gross revenue was $925.5 million in 2017.)

For Kirkland, which broke the $3 billion gross revenue mark in 2017, the move is yet another splashy addition to its leading private equity practice.

Kirkland’s appetite for lateral acquisitions has been fueled by an almost unprecedented run of financial growth within the past decade. In April, Kirkland hired two lawyers from Cravath, Swaine & Moore, including former litigation head Sandra Goldstein, only four months after it brought on ex-Cravath M&A partner Eric Schiele.

The move to Kirkland marks the second time that Napolitano and Head have made partnership transitions together. The pair left Winston & Strawn to join DLA Piper’s Chicago office in 2007, just six months after Meltzer came aboard in New York from Cahill Gordon & Renidel.

Despite the losses, DLA Piper has done plenty of hiring in 2018. The firm, which said it has added 35 partners so far this year, recently picked up Alva Mather, the former Philadelphia-based head of Pepper Hamilton’s alcohol beverage industry group.

Earlier this year, DLA Piper welcomed aboard six Jackson Walker partners in Dallas and hired Holland & Knight’s Joel Athey in Los Angeles. DLA Piper has also made additions to its global partnership in numerous other cities, while bolting on 60-lawyer Noguera, Larraín & Dulanto in Chile.