"The importance of the question presented will only grow as commerce continues to move online," the U.S. Department of Justice told the Supreme Court in an amicus brief backing Apple Inc.'s position in a closely watched antitrust case.

The Trump administration’s U.S. Department of Justice is urging the U.S. Supreme Court to reverse a federal appellate court decision that would allow an antitrust class action to go forward against Apple Inc., exposing the company to treble damages for its alleged monopoly of the market for iPhone apps.

U.S. Solicitor General Noel Francisco, in an amicus brief, said the U.S. Court of Appeals for the Ninth Circuit misapplied a 40-year-old Supreme Court decision when it held last year that Apple was a distributor of iPhone apps, selling them directly to purchasers through its App Store. The Justice Department filed its brief at the invitation of the justices for the government’s views in the case Apple v. Pepper.

Marcia Coyle, based in Washington, covers the U.S. Supreme Court. Contact her at mc[email protected]. On Twitter: @MarciaCoyle 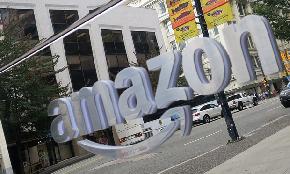 A Federal Circuit panel sounded hesitant about taking the 113-year-old Kessler doctrine somewhere it hasn't been before.