Pinsent Masons is advising the BBC, as the publicly financed broadcaster and another news organization reached a settlement with Appleby in a dispute over a leak of confidential materials labeled the "Paradise Papers" last year.

The British Broadcasting Corp. has retained U.K. firm Pinsent Masons to help handle a settlement in a dispute between the BBC, The Guardian newspaper and leading offshore firm Appleby over the leak of confidential materials last year.

The so-called Paradise Papers hack had led Appleby to hire Osborne Clarke, another leading British firm, in an effort to contain the fallout from that breach. Appleby took legal action against The Guardian and BBC, citing a breach of confidence by both news outlets following the hack in May 2016, although by late day Friday a settlement was announced noting that “all parties had “resolved their differences.”

Appleby had alleged that information leaked to German newspaper Sueddeutsche Zeitung (SZ) and subsequently passed on to The Guardian and BBC was “obtained unlawfully” in circumstances “likely to have amounted to the commission of a criminal offence or cyber-hack.” 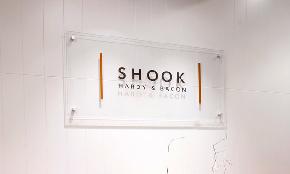 Carlos Concepción, who joined Jones Day in 2015, will become chairman of the global arbitration practice at Shook, Hardy & Bacon in November.