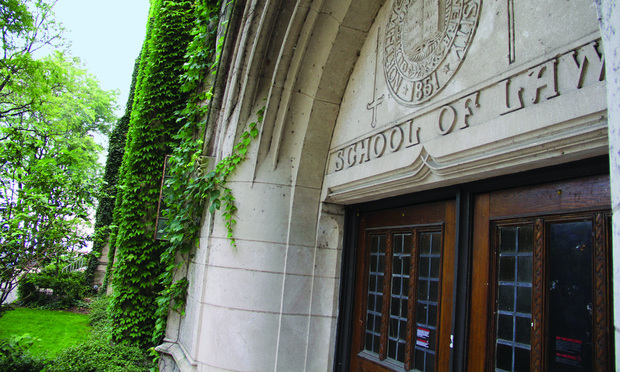 If there is a crisis in legal education, it is not happening at Northwestern Pritzker School of Law.

Statistics released this month from the American Bar Association show 82 percent of the school’s 2017 graduates were fully employed in positions requiring a law degree, which compares favorably to 66 percent of graduates across the country. Northwestern sent 137 graduates, 55 percent of the class, into Big Law, where they will begin paying down law school debt with the help of $180,000 annual salaries.

Yet even as the gilded age still is paying off for many at Northwestern, the prestigious school on Chicago’s lakefront is making plays into the growing, and as-yet-often-confounding, business of changing the legal market.

Northwestern has made significant investments in faculty and curriculum changes that amount to a bet that the market for its students will not always rely on the prestige that comes with being a top-10 law school. In short, it is a bet that the market for talent will be redefined by the emergence of technology and that the Big Law partnership track will not be the only prestigious, high-paying landing spot for the nation’s most lauded law grads. 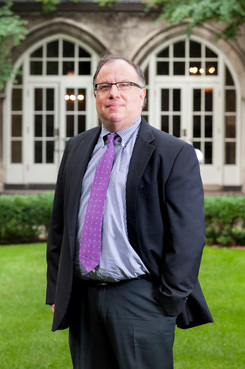 Under the leadership of Dean Daniel Rodriguez, who will step down at the end of the year, Northwestern has launched an incubator for legal education innovation; invested in well-known professors in the innovation space; partnered with a program to send students into nontraditional jobs in corporate legal departments; and aligned itself with New Law company executives. This week, the law school will host a “global legal innovation summit” with presentations from executives at Elevate Services Inc., Diligen, ROSS Intelligence Inc. and others.

In aligning itself with a view of an emerging, technology-centric legal market, Northwestern finds itself facing questions similar to those in the vanguard of other areas of the legal economy: Just how fast will the future get here? Is enough change happening to create demand for a supply of its product (law students with new skills and interests)? And, either way, should a prestigious institution cater to an uncertain new market when the current well-heeled market still pays top dollar to more than half of its students?

Rodriguez said it is too soon to answer some of those questions. He said he is skeptical that Northwestern grads would have a large interest in, for example, legal operations jobs, noting that they pay around $70,000 to $80,000 a year, when students could make more than twice that in Big Law. But he said the “core insight” that drives his interest in teaching emerging skills to law students is not necessarily immediate job prospects.

“The best we can do for our students in preparing and mentoring them is to give them the skills they could use soon after graduation and into their early careers to be able to work in a multi-disciplinary way at the interface of law, business and technology,” Rodriguez said in an interview. “That’s where the future [lies].”

In perhaps the biggest challenge to the traditional legal education model, Northwestern earlier this year signed up as one of four initial schools to take part in the Institute for the Future of Law Practice (IFLP).

By pairing law students with internships at corporate legal departments, IFLP is an effort to fund and coordinate the training and hiring of lawyers with new skills. As an independent organization, IFLP is also attempting to scale a program developed at the University of Colorado Law School known as the Tech Lawyer Accelerator (TLA). Colorado, the University of Indiana and Osgoode Hall Law School in Toronto are the three other founding schools involved in IFLP.

The program has two components: A 10-week internship at a company for 1Ls ($20 an hour), and a seven-month job placement for 2Ls (minimum $5,000 per month salary). Each intern takes part in a legal-business-tech “boot camp,” which is three weeks for the 1Ls and five weeks for the 2Ls.

Under the IFLP model, these boot camps will be worth three hours of credit for some schools and will take place for the first time this summer at Northwestern. The ultimate goal is to create an alternative to summer hiring at Big Law firms. That will require more companies and more law firms valuing the types of skills that the boot camps impart on students.