In his last speech, the Rev. Martin Luther King Jr. said, "We aren't going to let any injunction turn us around." The next day, his lawyers went to court to challenge the injunction, lest their client try to honor his promise to violate a court order.

For Mike Cody, April 4, 1968, could have been a day he’d remember for helping win a federal court fight for the Rev. Martin Luther King Jr. Instead, it was the day the civil rights leader was assassinated.

Cody recently told an Emory University School of Law audience about huddling in a small room at the Lorraine Motel in Memphis, Tennessee, the day before King’s death. Facing each other on twin beds were Cody and his boss on one side, and King and some of his lieutenants, including future Atlanta Mayor Andrew Young, on the other. 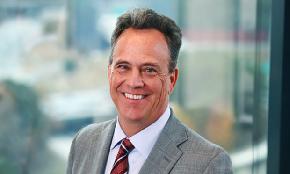 Attorneys today feel every bit as harried as their brethren in the 1850s. Why the Opening Joint Session at Mediation Is Important

The most successful opening sessions are one where both parties leave the opening session at least understanding the other side's position while not necessarily agreeing with it.