Am Law Firms Can't Save China-US Deal From CFIUS

The failure of the proposed $1.2 billion deal between Alibaba affiliate Ant Financial Group and Moneygram raises questions about the future of China-U.S. deals.

The effort by Chinese fintech company Ant Financial Services Group and Texas-based MoneyGram International Inc. to merge failed this week due to national security concerns, despite the involvement of Am Law attorneys skilled and experienced in regulatory and antitrust law as well as in the traditionally opaque and secretive national security review process administered by the Committee on Foreign Investment in the United States.

Simpson Thacher & Bartlett, Vinson & Elkins, and Paul Hastings served as legal counsel on the proposed deal, which ended Tuesday when both companies announced they decided to terminate the $1.2 billion merger because of disapproval by the Committee on Foreign Investment in the United States (CFIUS). 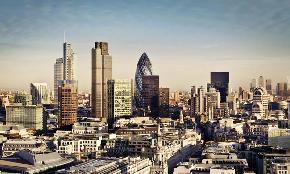 Brexit Has London's US Law Firms Stirred Up, Not Quite Shaken

Even with uncertainty swirling, expect a pause rather than an exodus.