Lobbyist, Suing Her Firm, Says She Was Fired After Signing Anti-Harassment Letter

Wilke Fleury's Robert Lamb responds: "Our firm fully supports the movement to address sexual harassment and adamantly denies any suggestion that we have mistreated any employee for his or her involvement in such movement."

A Sacramento lobbyist has sued law firm Wilke, Fleury, Hoffelt, Gould & Birney and its managing partner, alleging they fired her in retaliation for signing a widely circulated letter that called for an end to “systemic” sexual misconduct in California’s capital.

The letter, organized by the nonprofit We Said Enough and signed by more than 140 lobbyists, legislative staffers and lawmakers, complained of groping, sexualized comments and threats from men working in and around the Legislature. Alicia Lewis, hired by Wilke Fleury in December 2016, was the third person to sign the letter. 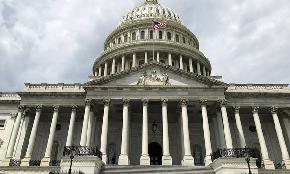 Meet the Firms That Got the Work on Prop 22, California's Worker Classification Initiative

Supporters, including Uber, Lyft and DoorDash, have poured more than $200 million into the effort, flooding airwaves and mailboxes with messages urging Californians to exempt gig workers from the state's worker friendly classification laws.