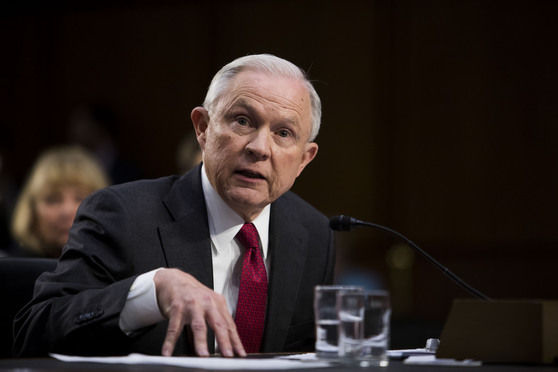 U.S. Attorney General Jeff Sessions is reversing the U.S. Justice Department's stance that transgender employees should be protected in the…

U.S. Attorney General Jeff Sessions is reversing the U.S. Justice Department’s stance that transgender employees should be protected in the workplace, a move that clashes with federal appeals court decisions and another government agency’s interpretation of civil rights laws.

The Oct. 4 memo rejects the Obama administration’s interpretation that transgender workers, or gender identity, is protected under Title VII of the Civil Rights Act of 1964. That law protects workers on the basis of sex, among other protections such as race, national origin and religion.

The move further intensifies conflict between the Trump administration’s Justice Department and the U.S. Equal Employment Opportunity Commission, which has long held that Title VII protects gender identity, as well as sexual orientation. The new guidance could compel the Justice Department to switch litigation positions in pending cases. 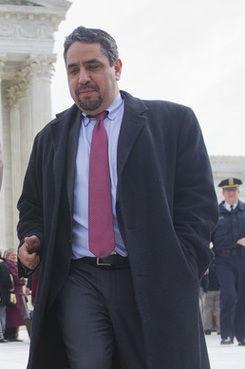 “I can’t think of a flip flop so brazen,” said David Lopez, a Washington-based Outten & Golden partner and former EEOC general counsel. “This endangers the quality of opportunity for Americans to fight discrimination. It’s a brazenly political stance.”

The Justice Department said in its memo: “Although federal law, including Title VII, provides various protections to transgender individuals, Title VII does not prohibit discrimination based on gender identity, per se. This is a conclusion of law, not policy.”

It notes that while Title VII does protect against “sex” as a form of discrimination, it does not refer to gender identity and it should be limited to “biologically male or female.” It goes on to say that the government will take this position in pending and future matters. The Justice Department’s memo was first reported by Buzzfeed News.

A DOJ spokesperson, Devin O’Malley, said in a statement Thursday: “The Department of Justice cannot expand the law beyond what Congress has provided. Unfortunately, the last administration abandoned that fundamental principle, which necessitated today’s action. This department remains committed to protecting the civil and constitutional rights of all individuals, and will continue to enforce the numerous laws that Congress has enacted that prohibit discrimination on the basis of sexual orientation.”

Two recent federal appeals court rulings addressed sexual orientation discrimination protection under Title VII. The argument that gay workers should be protected against sex discrimination is a distinct from gender identity and protections for transgender workers. The argument that transgender workers are protected under Title VII has prevailed in at least four circuits.

Lambda Legal petitioned the Supreme Court to take up the Eleventh Circuit dispute. In that case, Jameka Evans claimed her employer, Georgia Regional Hospital, discriminated against her for gender nonconformity and sexual orientation.

The Justice Department’s reversal is the latest move by the Trump administration against broad LGBT protections. The Justice Department sided with a Colorado baker in a case that the Supreme Court will hear this term. In that case, the baker refused to bake a wedding cake for a same-sex couple because he claims it was against his religious beliefs. The department was divided internally over whether to file a brief in support of the baker over the gay couple.

The Justice Department also clashed directly with the EEOC in a case heard last week in the U.S. Court of Appeals for the Second Circuit. The challenger, Donald Zarda, who is now deceased, claimed his employer fired him because of his sexual orientation. In “friend of the court” briefs, the Justice Department and EEOC took opposite sides on whether sexual orientation should be considered sex discrimination under Title VII.

The Justice Department’s Hashim Mooppan was questioned at the Second Circuit argument last week about his appearance on behalf of the United States, taking a position opposite to the EEOC. 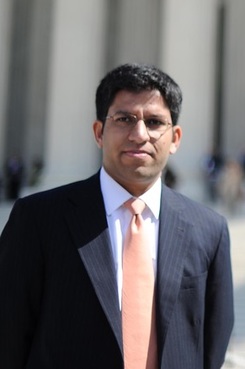 Mooppan, who joined DOJ from Jones Day this year, declined to give the judges any insider information about procedure—including any internal consultation at the Justice Department and any coordination with the EEOC. He noted the EEOC has litigation authority to get involved in suits on behalf of private employees.

Mooppan was asked at one point whether the Justice Department signs off on amicus briefs that the EEOC intends to file. “I don’t think it’s appropriate for me to speak to internal deliberations and internal processes,” Mooppan said, declining to talk about the process either specifically or generally.

The agency has a lengthy approval process for participation as a friend-of-the-court in any case. Any recommendation from the agency general counsel to participate in a case is sent to the commission itself for a vote on authorization.

“We choose to weigh in on specific legal issues that may not be dispositive in the case simply because we want courts to be aware of the Commission’s view of the proper analysis of that particular legal issue,” Todd Cox, then the EEOC’s director of legislative affairs, said in a letter to Congress in 2014. “Thus, some cases where the outcome is not favorable for the plaintiff nevertheless represent successes to us because the court agreed with our position on one of the issues we addressed.”

New leadership at the EEOC—Trump has nominated longtime general counsel Janet Dhillon and Iraq veteran Daniel Gade to the commission—could affect whether and in what cases the commission decides to file briefs. The EEOC declined to comment Thursday about the Justice Department’s new guidance on the scope of Title VII protections.

The practical implications of the Justice Department’s new position will manifest in certain pending and future cases.

The DOJ had a successful argument in 2015 in a case pending in the U.S. District Court for the Western District of Oklahoma, where a professor sued the Southeastern Oklahoma State University and the Regional University of Oklahoma over discrimination based on gender identity. The Justice Department attempted to pull out of the case this year, which was opposed by its co-counsel. The government has until Oct. 12 to respond to the court.

Lopez of Outten & Golden said, in theory, the Justice Department could articulate its new stance in any appeal of the Oklahoma case. “It would be shocking to do this in a case where they prevailed,” he said. “It raises an enormous number of issues. It’s a transparently political approach to civil rights.”

James Esseks, director of the American Civil Liberties Union’s LGBT & HIV Project, called the DOJ’s new guidance “cruelly consistent in its hostility towards the LGBT community in particular its inability to treat transgender people with basic dignity and respect.”

Nevins of Lambda Legal said he thinks the Justice Department’s new stance is largely symbolic. “Whenever the federal government takes a position against your community, it’s bound to make things more difficult,” he said. “But Justice isn’t the final word on this.”

Erin Mulvaney, based in Washington, covers labor and employment. Contact her at [email protected]. On Twitter: @erinmulvaney